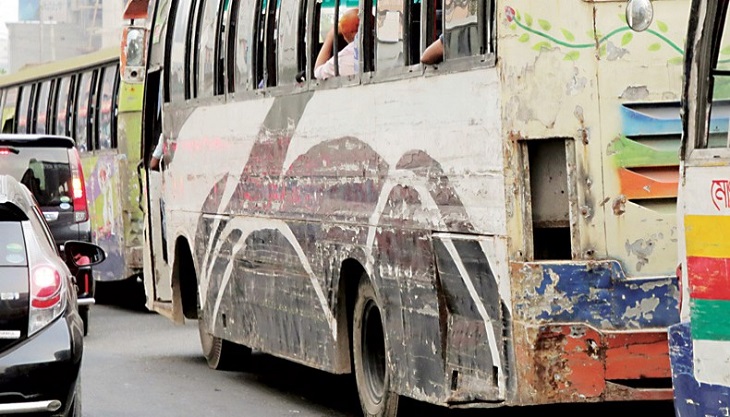 Extortion in the transport sector was blamed for the price hike of consumer goods with farmers, transport owners and consumers falling victims to this crime, according to daily sun findings.

On one hand the farmers were being deprived of fair price at the start of the cycle and it was the same for the consumers who had count more to survive. In the middle were the transport owners who had to pay extortion money on the highways, ferry terminals and entry points of major cities forcing them to charge higher than usual for ferrying consumer goods.

Extortion had taken a serious turn as hundred of points in the capital and around 900 points across the country have sprung up to illegally collect money from vehicles carrying consumer goods, said sources of transport sector.

Transport sector insiders and experts identified extortion as the single most obstacle in ensuring a fair trade for all.

They said the situation was very alarming as law enforcers, political leaders and some transport union leaders were involved in the crime committed in a very “systematic way.”

I n addition, if the vested quarters became active in the transport sector, the prices of essentials would definitely rise due to extortion.

Hossain Ahmed Majumder, Joint General Secretary of Bangladesh Truck Covered Van Owners Association, told the daily sun that police and some other leaders in the name of transport workers and owners association were forcing

trucks to pay at different points across the country.

“In several intra-ministerial meeting it was decided that they should not give money to any associations or other sector, but they will only give service charge for parking,” said the transport leader, adding that “we have to pay extortion in several points while police look the other way despite our complaints.”

He said in the name of transport owners association some influential people, whom he did not identify, took between Tk 50 and Tk-100 from all trucks, pickup vans, covered vans and other vehicles carrying products to the capital at “Gazipur Chourasta.”

He said good laden vehicles had to pay upto Tk 30 to enter and exit Dhaka City at Demra point in the name of Dhaka District Workers Association.

They have to pay various amount of money to get a serial at different ferry terminals in the country especially at Shimulia-Kathalbari and Daulatdia-Paturia ferry terminals, he said.

The transport leader said at different points of highways in Khulna division some people take extortion money of around Tk 50-100-150-200 by flagging a red cloth, while some also extort in the name of municipality after Potia points towards Cox’s Bazar tourist resort town.

Some trailer drivers from Chattogram said that they had to pay Tk 200-500 on Chattogram-Dhaka route.

Truck drivers coming from different districts alleged that each goods-laden vehicle had to pay Tk 520 to enter the Tejgaon Truck Terminal, while the terminal charge was Tk 100.

Humayun Kabir Bhuiyan, secretary of Consumers Association of Bangladesh (CAB), told the daily sun that extortion was responsible for the hike in prices of transportation and commodity.

He said farmers sold their produce at lower prices in the growers end, but the price of those agricultural commodities increased by the tim it reached the destination due to the extortion in the transport sector.