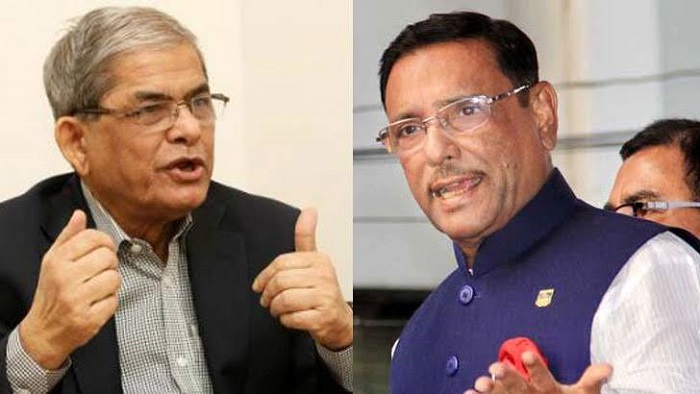 “Obaidul Quader has mental problem. He and his party men have started to think themselves ‘master of the people’. They want to control everything. It is their serious problem. They even want to control how other political party will run their activities,” he said.

Fakhrul came up the remarks while responding to a query from the reporters at his village residence in Thakurgaon.

The statement of the BNP leader came one day after Obaidul Quader said, “BNP leaders have no guts, strength or capability to hold rallies without seeking proper permission from the government.”

Fakhrul said, “They (leaders of the ruling AL party) want to control political affairs of all parties though the constitution has guaranteed the right of all political parties to stage protest and hold meetings.”