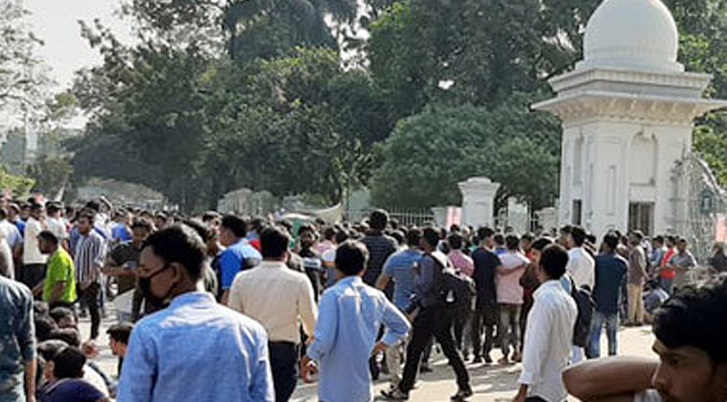 A chase and counter chase took place between BNP men and police in front of the Supreme Court in the capital on Tuesday afternoon.

The incident occured around 1:30pm when BNP leaders and activists took position in front of the court demanding release of its chief Khaleda Zia.

The agitators also vandalised several vehicles on the road. But no one was detained, police said.

Some two to three vehicles were vandalized sometime before 2:00 pm when police chased and dispersed them.

Meanwhile, pro-BNP lawyers, under the platform of Jatiyatabadi Ainjibi Forum, brought out a procession demanding the release of the BNP chief on the High Court premises amid police cordon.

Khaleda Zia has been in jail since she was convicted in Zia Orphanage Trust corruption case on February 8, 2018.

Later in the same year, she was also convicted in the Zia Charitable Trust corruption case, though her party claims both cases were politically motivated.

The BNP chief has been receiving treatment at the Bangabandhu Sheikh Mujib Medical University (BSMMU) since April 1.