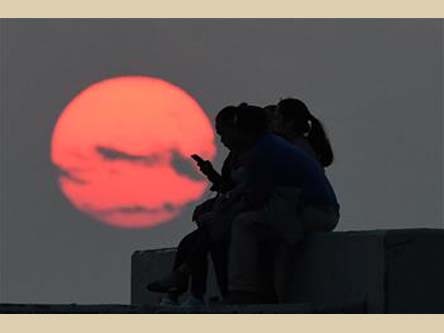 About two-thirds of Americans believe the U.S. government is doing too little to protect the environment, according to a survey published Monday by the Pew Research.

Up to 67 percent said the federal government was doing too little to reduce the effects of climate change, and a similar proportion said the same about government efforts to protect air and water quality, according to the survey of 3,627 U.S. adults conducted in October this year.

The survey came as the Trump administration officially announced to withdraw from the Paris climate accord and kept rolling back environmental protection regulations.

It also showed that about three-quarters of Americans agreed the United States should focus on developing alternative sources of energy, such as wind and solar power and hydrogen technology, rather than increasing the production of fossil fuels.

About 62 percent of Americans said climate change was affecting their local community either a great deal or some. Last year, 59 percent reported at least some local effects of climate change.

The vast majority of this group listed long periods of unusually hot weather as a major local impact of climate change. Other major effects included floods and intense storms, harm to animal wildlife and their habitats, damage to forests and plant life, and droughts and water shortages, according to the survey.