30,000 maunds of onion arrive from Myanmar 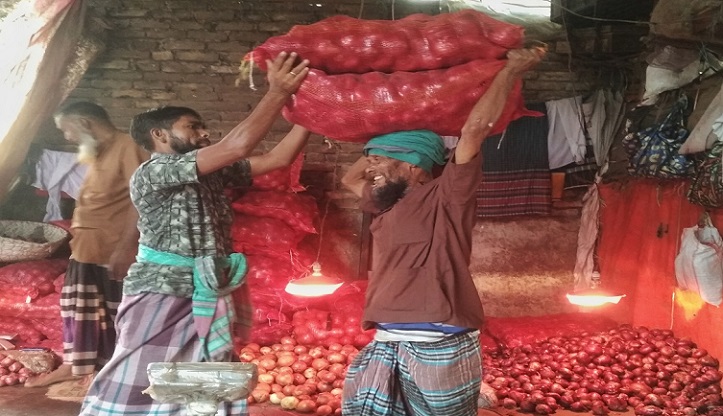 About 30,000 maunds of onion were imported from Myanmar through Teknaf land port on Monday alone.

Customs revenue officer at the port Absar Uddin said 1,103.171 metric tonnes of onions (roughly 30,000 maunds) entered the country through the port in a single day.

The imported onions were later sent to Khatunganj of Chattogram by trucks after being released from the port, he said, adding that those will later be supplied to different parts of the country.

Md Hashem, an onion importer, claimed that traders of Myanmar have increased the prices following a high demand in Bangladesh.

As a result, they are importing onion at an elevated price, he said.

Md Jasim Uddin Chowdhury, manager of the port, said, "Importers are bringing in more onions from Myanmar. We attach highest importance to the quick release of imported onions.”