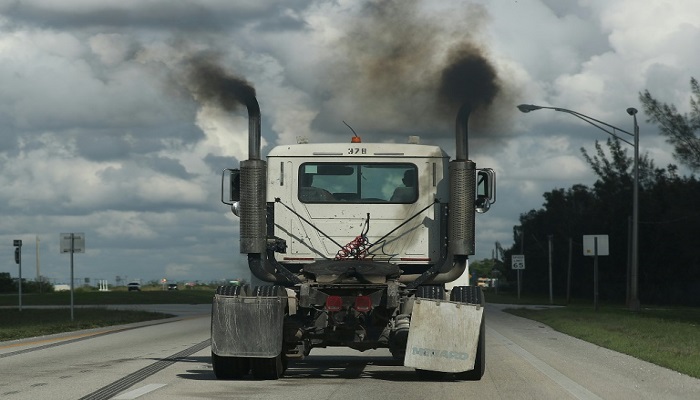 Greenhouse gases levels in the atmosphere, the main driver of climate change, hit a record high last year, the UN said Monday, calling for action to safeguard "the future welfare of mankind".

"There is no sign of a slowdown, let alone a decline, in greenhouse gas concentration in the atmosphere despite all the commitments under the Paris Agreement on Climate Change," the head of the World Meteorological Organization (WMO) Petteri Taalas said in a statement.

That increase was just above the annual average increase over the past decade.

CO2 is responsible for roughly two-thirds of Earth's warming.

The second most prevalent greenhouse gas in the atmosphere is methane -- emitted in part from cattle and fermentation from rice paddies -- which is responsible for 17 percent of warming, according to WMO.

Nitrous oxide, the third major greenhouse which is gas caused largely by agricultural fertilisers, has caused about six percent of warming on Earth, the UN agency said.

Emissions are the main factor that determine the amount of greenhouse gas levels but concentration rates are a measure of what remains after a series of complex interactions between atmosphere, biosphere, lithosphere, cryosphere and the oceans.

Roughly 25 percent of all emissions are currently absorbed by the oceans and biosphere -- a term that accounts for all ecosystems on Earth.

The lithosphere is the solid, outer part of the Earth while the cyrosphere covers that part of the world covered by frozen water.

The UN's Intergovernmental Panel on Climate Change (IPCC) has said that in order to keep warming below 1.5 degrees Celsius, net CO2 emissions must be at net zero, meaning the amount being pumped into the atmosphere must equal the amount being removed, either though natural absorbtion or technological innovation.

While Taalas made clear that the world was not on track to meet UN targets, he did highlight some reasons for cautious optimism.

"The visibility of these issues is the highest (it has) ever been," he told reporters in Geneva, noting that the private sector was increasingly investing in green technology.

Even in the United States, where President Donald Trump's administration this month began the process of formally withdrawing from the Paris agreement, "plenty of positive things are happening," Taalas said.

While Washington may have renounced its Paris agreement commitments, "we have plenty of states and cities who are proceeding in the right direction," he added.

"Personally, I am more hopeful than I used to be 10 years ago but of course we have to speed up the process," Taalas said.