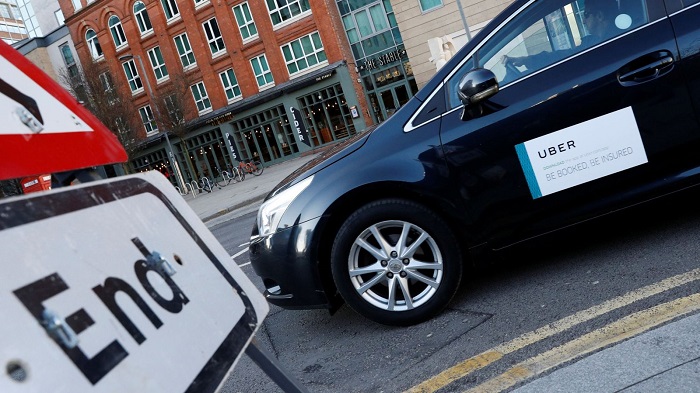 Uber has been stripped of its London operating licence by the regulator over a series of breaches that put passenger safety at risk.

Transport for London (TfL) said it has identified "a pattern of failures" by the ride-hailing app firm which led it to conclude that it "is not fit and proper at this time".

Uber said in a statement the decision not to renew its licence "is extraordinary and wrong" and would challenge it.

The company has 21 days to appeal and can continue to operate throughout the process.

A key breach found was a change to Uber's systems that allowed unauthorised drivers to upload their photos to other legitimate driver accounts.

This let them pick up passengers as though they were the booked Uber driver on at least 14,000 trips, which meant all those journeys were uninsured, TfL said.

Some also took place with unlicensed drivers, including one who had previously had their licence revoked, the regulator added.

Another failing identified allowed dismissed or suspended drivers to create an Uber account and carry passengers.

While TfL recognised Uber had taken steps to try and tackle problems, it was concerned the firm's systems "seem to have been comparatively easily manipulated".

Helen Chapman, director of licensing, regulation and charging at TfL, said: "As the regulator of private hire services in London we are required to make a decision today on whether Uber is fit and proper to hold a licence. Safety is our absolute top priority.

"While we recognise Uber has made improvements, it is unacceptable that Uber has allowed passengers to get into minicabs with drivers who are potentially unlicensed and uninsured.

"If they choose to appeal, Uber will have the opportunity to publicly demonstrate to a magistrate whether it has put in place sufficient measures to ensure potential safety risks to passengers are eliminated.

"If they do appeal, Uber can continue to operate and we will closely scrutinise the company to ensure the management has robust controls in place to ensure safety is not compromised during any changes to the app."

Uber's regional general manager for northern and eastern Europe, Jamie Heywood, said: "TfL's decision not to renew Uber's licence in London is extraordinary and wrong, and we will appeal.

"We have fundamentally changed our business over the last two years and are setting the standard on safety. TfL found us to be a fit and proper operator just two months ago, and we continue to go above and beyond.

"On behalf of the 3.5 million riders and 45,000 licensed drivers who depend on Uber in London, we will continue to operate as normal and will do everything we can to work with TfL to resolve this situation."