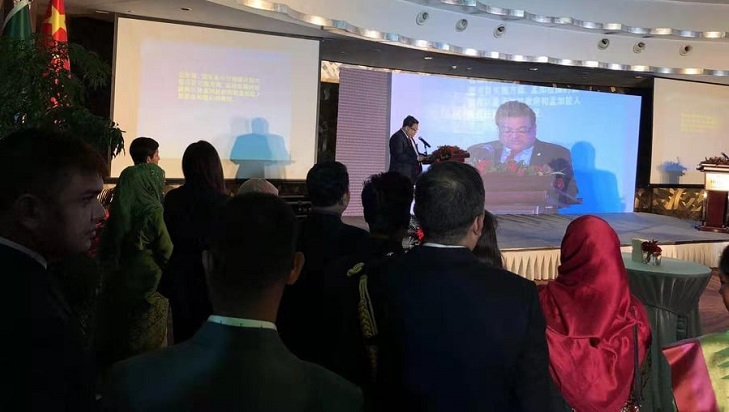 Amid much festivity and fanfare, the Bangladesh Armed Forces Day 2019 was celebrated in Beijing, China.

Marking the glorious occasion in a befitting manner, the Bangladesh Embassy in Beijing hosted a grand reception at Beijing Hilton Hotel Ballroom on Thursday. 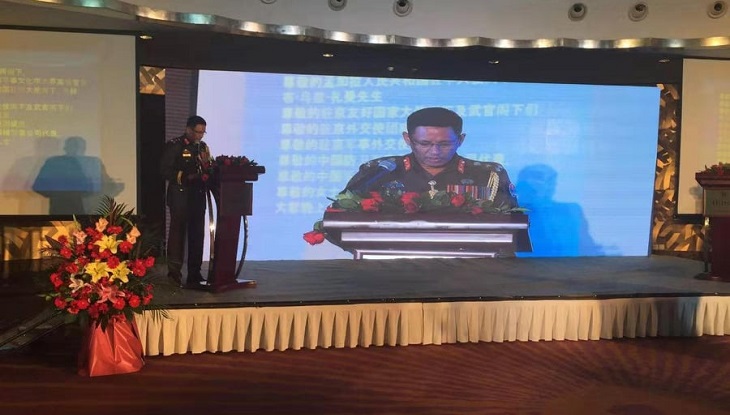 Vice Admiral Ding Yi, Deputy Commander of the People's Liberation Army (PLA) Navy of China graced the celebration as the guest of honor. He was accompanied by a host of senior military officers including generals from the PLA Army, Navy and Airforce.

The presence of around 300 guests from civil and military diplomatic community of Beijing put life into the celebration.

In his speech, Ambassador Mahbub Uz Zaman acknowledged the contribution of Founding Father of the  Nation Bangabandhu Sheikh Mujibur Rahman in mobilizing the Bangalee Nation against all sorts of domination and oppression which led the nation to victory on 16 December 1971.

Ambassador Mahbub gave a deliberate rundown on the introduction and significance of 21st November wherein he highlighted, “21st November bears special significance in the glorious history of Bangladesh embedded with patriotism, solidarity, and supreme sacrifices.

"On this day in 1971, the valiant members of Army, Navy, and Air Force along with the common people of Bangladesh launched a combined offensive on land, sea, and air which culminated into the final victory on 16 December 1971,'' he added.

He further mentioned that under the leadership of the worthy daughter of Banganbandhu Sheikh Mujibur Rahman, Prime Minister Sheikh Hasina, Bangladesh is totally committed to contribute towards global peacekeeping efforts.

Citing that Bangladesh takes pride of over three decades of its history of UN Peace Support Operations across the globe, the ambassador mentioned, starting its journey in 1988, so far, some 134,488 members of Bangladesh Armed Forces participated in UPPSOs in 40 countries.

A total of 5048 of its men are now deployed in nine missions in nine countries, he maintained.

"With deep sadness, we remember the contributions of 118 of our compatriots whom we lost while 45 of our peace keepers received serious injuries,'' he noted.

While highlighting glories of the Bangladesh Armed Forces,  he further added, “Beside safeguarding the independence and sovereignty, members of our Armed Forces are performing a wide variety of responsibilities."

In the fields of education, national infrastructure building, and mega projects implementation, the Bangladesh Armed Forces is a symbol of trust and confidence of the government as well as the people, he continued.

"As we proceed towards the Golden Jubilee of our independence, our Armed Forces is ever prepared to take on the challenges of the 21st Century-- be it traditional or non-traditional", he noted. 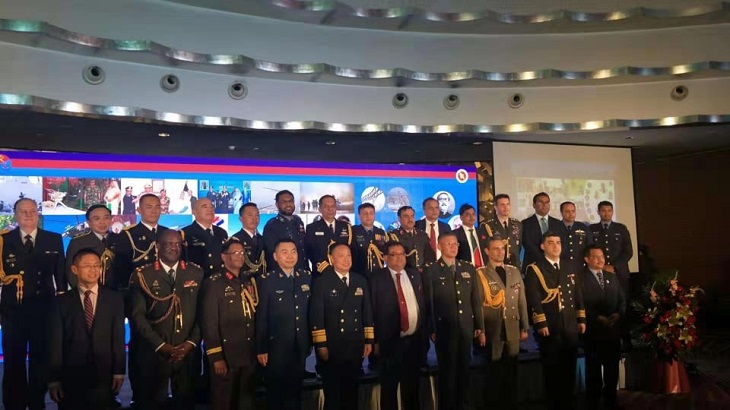 Having spoken about the growth, contributions and preparedness of The Bangladesh Armed Forces, the Ambassador elucidated the past and present of China-Bangladesh relationship.

The Bangladesh envoy also said the  historic visit of President Xi Jinping to Bangladesh in October 2016 and the visit of Prime Minister Sheikh Hasina to China in July this year turned the relationship between the two neighbors into a Strategic Partnership of Cooperation.

Earlier, the Defence Attache opened the celebration with a brief welcome note. He initiated the note by commemorating the role of Father of the Nation Bangabandhu Sheikh Mujibur Rahman for igniting the passion of the Bangalee Nation for independence through his electrifying speech of 07 March 1971, declaring the war of liberation on 26 March 1971 and presenting the nation an independent Bangladesh on 16 December 1971.

The defence attache also commemorated the supreme sacrifices of three million martyrs of the  Liberation War of Bangladesh.

Following the opening note from the Defense Attaché, the national anthems of both Bangladesh and China were played which was followed by a minute of silence to pay tribute to the martyrs of the great Liberation War.

After the speech of the Bangladesh envoy, Vice Admiral Ding Yi was invited on stage for a toast and knifing the Friendship Cake.

A brief cultural programme followed suit. Lyrics were translated in English and Chinese and displayed on screen which enabled the audience to be with the performances and they enjoyed it to the fullest.

Thereafter, a documentary on Bangladesh Armed Forces was presented to the audience which  displayed glimpses of its birth, growth, contributions to the national development and preparedness to protect the nation’s sovereignty and development.

The celebration ended with a sumptuous dinner with a mix of Bangladeshi cuisines and some local delicacies which the guests enjoyed and appreciated.

Though the Armed Forces Day is celebrated every year in Beijing, this year it has additional significance and was marked in a unique way. Because, the China-Bangladesh relations reached a new height with the visit of Prime Minister Sheikh Hasina to China last July and the People's Republic of China celebrated its PLA Day and the 70th National Day with tremendous pomp and show in July and October, respectively, this year.