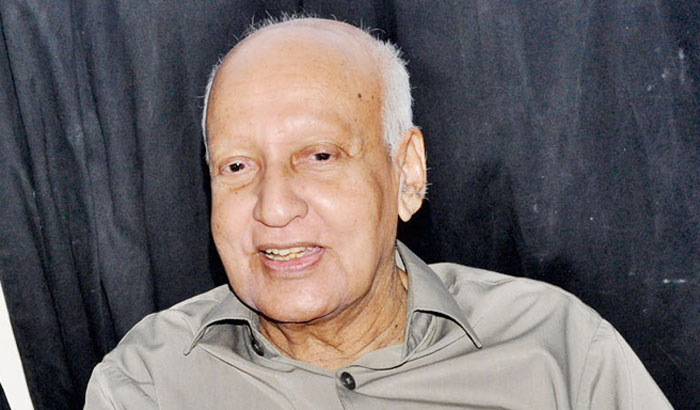 Renowned Bangladeshi musicologist, classical musician and writer Mobarak Hossain Khan (81) breathed his last on Sunday at his residence in West Rampura in the capital.

Reenat Fauzia, educationist and daughter of the Swadhinota Padak- winning classical artist, told media that her father passed away in his sleep at around dawn. He was suffering from Alzheimer's disease for the last few days.

His body was taken to BIRDEM mortuary and will be buried after his elder son Dr. Tareef Hayat Khan’s arrival from the United States on Tuesday, she further said.

In his eventful life, he served as the director general of Bangladesh Shilpakala Academy (the National Academy of Fine and Performing Arts in Bangladesh) from 1992 to 1996 and former Chairman of Nazrul Institute. He also served Bangladesh Betar (Radio Bangladesh and former Radio Pakistan) for 30 years.

He was also a visiting lecturer of College of Music in Dhaka and associated with the Department of Drama and Music of Dhaka University and Rajshahi University, and wrote over 50 books including Sangeetsadhak Abhidhan (Dictionary of Musicians), Amar Sangeet Swajan (My Music Kindred), Bangladesh Muslim Sangeetsadhak (Muslim Music Devotees of Bangladesh) and three English books- Music and Its Study,  Islamic Contribution to South Asia's Classical Music and Ustad Alauddin Khan: The Legend in Music, published from New Delhi’s Sterling Publishers.

He also contributed to the 'Banglapedia' (the National Encyclopedia of Bangladesh) published by the Asiatic Society of Bangladesh.

Mobarak Hossain Khan was born on February 27, 1938, to a family with a rich musical heritage in the Nabinagar Upazila of Brahmanbaria District in Chittagong, in what was then British India- as the third son of eminent classical music artist Ustad Ayet Ali Khan. He earned his M. A. in History from Dhaka University.

He played the Surbahar, a stringed instrument meant for classical music.