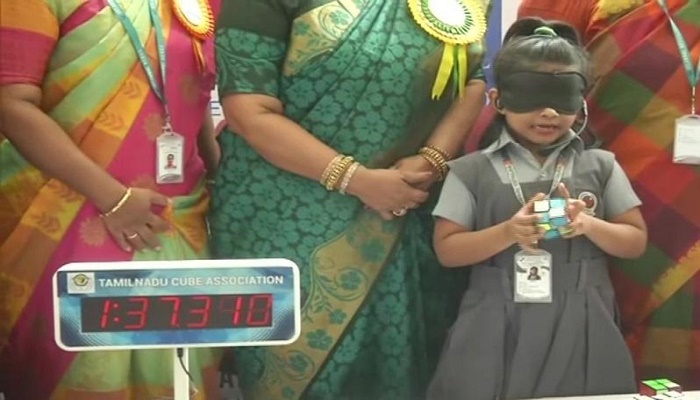 Talking about the talent of the budding genius, Charles, Sarah’s father told ANI that at a very young age she started solving aptitude questions and after which they took her for proper training and classes.

News agency ANI took to Twitter to share the images of the girl, they wrote that she was declared as world’s youngest genius by Tamil Nadu Cube Association.

The Rubik’s Cube originally called the “Magic Cube” is a 3-D mechanical twisty puzzle invented and licensed by Hungarian sculptor and professor of architecture Erno Rubik in 1974.

In a classic 3x3x3 Rubik’s Cube, each of the six faces is covered by nine stickers, traditionally white, red, blue, orange, green, and yellow. The structure of the cubelets enables each face to turn independently, mixing up the colours.