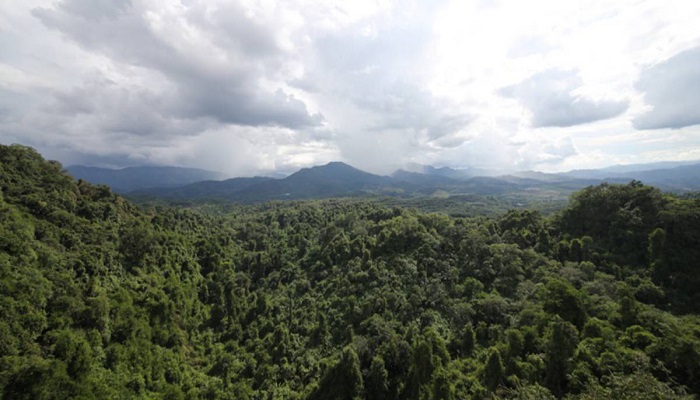 China has increased its forest area and reversed its land degradation, contributing to the protection of the global ecosystem and environment, a report said Friday.

As the global forest coverage remained stable with a slight decline since the early 2000s, China has achieved remarkable results in afforestation and forest protection, a major contributor to maintaining the balance of global forest coverage, according to the Annual Report on Remote Sensing Monitoring of Global Ecosystem and Environment released by the National Remote Sensing Center.

China's total forest area has increased by almost 45 million hectares in the past 20 years, said Gao Zhihai, one of the report's authors.

Among the global arid and semi-arid regions, Asia has made the most progress in improving and restoring land from 2000 to 2018, accounting for more than 50 percent of the total, most notably in China and India, indicating that scientific policy guidance and actions can effectively reverse land degradation, the report said.

The report gave an example of earth observation technology with the potential to promote natural disaster emergency management. China has played an important role in remote sensing monitoring, disaster assessment and emergency response to disasters such as the devastating Cyclone Idai in Mozambique and an earthquake in central Indonesia.

This year has seen good momentum in the global production of staple grain and oil crops, said the report, noting that China's soybean acreage has increased year on year since 2014.