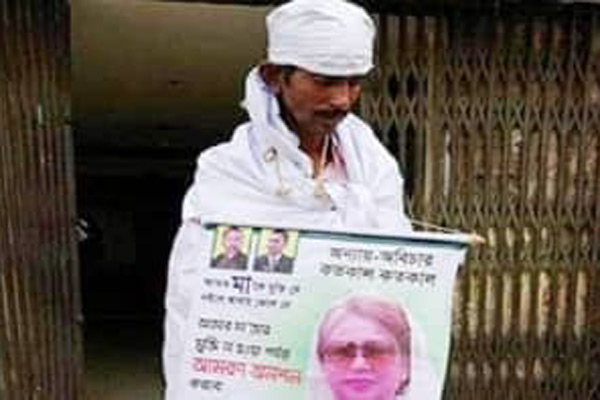 Rizvi Hawlader, a die-hard fan of BNP chairperson Begum Khaleda Zia, passed away on Saturday night in front of the party central office at Nayapaltan in the capital.

Rizvi, who had been observing hunger strike for long demanding release of Khaleda Zia from jail, breathed his last at around 10:00pm.

Rizvi, son of Azhar Hawlader, resident of Chottokanda village of Patuakhali, had been spent his day in front of BNP office for last couple of years.

His namaz-e-janaza was held at BNP office at around 1:30am on Sunday.