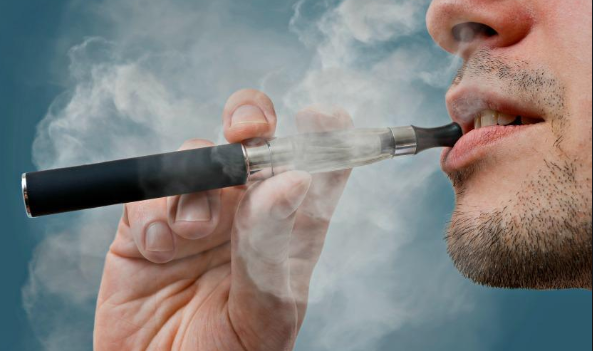 A Canadian teenager has developed a vaping-related lung injury similar to "popcorn lung", his doctors say.

The condition was previously seen in workers who were exposed to the chemical flavouring diacetyl as they packaged microwave popcorn.

The Canadian case may be the first to show a new type of damage linked to vaping, distinct from lung injuries seen in the US and elsewhere.

It is documented in the Canadian Medical Association Journal.

Six doctors from London, Ontario, who treated the 17-year-old published the report on Thursday.

Their patient, a previously healthy teenager, sought medical treatment after he developing persistent cough and a fever.

What happened to the patient?

The boy had vaped daily for five months using flavoured cartridges and regularly added THC - the psychoactive ingredient in cannabis - to his vaping fluid. His parents told the doctors he also had a habit of inhaling deeply when vaping.

As his condition deteriorated, he was taken to intensive care. He spent 47 days in hospital and narrowly avoided needing a double lung transplant, though there may be severe long-lasting lung damage, his doctors say.

After his physicians ruled out other causes for his illness they began suspecting flavoured e-liquids were the cause.

What are 'popcorn lung' and diacetyl?

"Popcorn lung" is a rare form of irreversible obstructive lung disease that scars the smallest airways in the lung - the bronchioles - and makes it difficult for air to flow.

The disease was so named because a cluster of popcorn factory workers in the early 2000s were found to have the condition, eventually linked to a vapour from butter flavouring.

Research has found many e-liquid vaping flavours tested contain some level of diacetyl.

It is an agent that gives a butter flavour to food and is found in a wide range products, from butter to cocoa, coffee and alcoholic beverages. It is considered safe for ingestion.

The chemical has been banned as an ingredient from e-cigarettes and e-liquids in Europe since 2016. Health Canada also notes that steps have been taken to reduce its use and it is less common in vaping products than before.

While there has been concern about the use of diacetyl in e-liquid, Cancer Research UK said in 2018 there was "no good evidence" that vaping might cause "popcorn lung".

The boy's doctors say there is a need for further research and tighter regulation of the vaping industry.

Health Canada, the federal health agency, told the BBC that the patient's symptoms were consistent with the definition of vaping-associated lung illness.

The authority said its advice on vaping remained the same: "If you do not vape, do not start. Non-smokers, people who are pregnant, and youth should not vape." 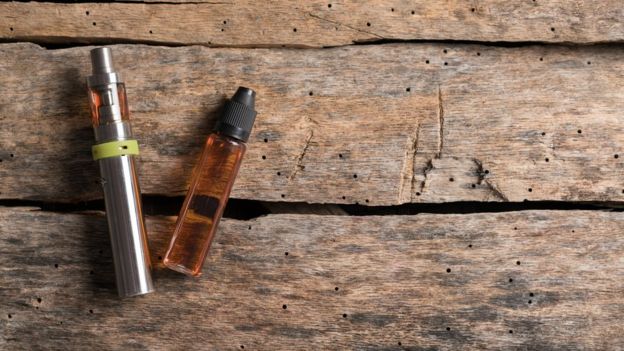 What about the US cases?

E-cigarettes are battery-powered smoking devices filled with a liquid that contains nicotine, which is then heated into vapours that users inhale.

More than 2,000 Americans have been affected by lung injuries attributed to vaping, according to the Centers for Disease Control (CDC).

Some 42 deaths have been confirmed in 24 states and more are under investigation. There have also been seven confirmed or probable cases in Canada.

The symptoms people have reported include severe pneumonia, shortness of breath, coughing, fever, fatigue and respiratory failure - where your body either can't break down oxygen, produce carbon dioxide, or both. Lung function declines and breathing becomes difficult.