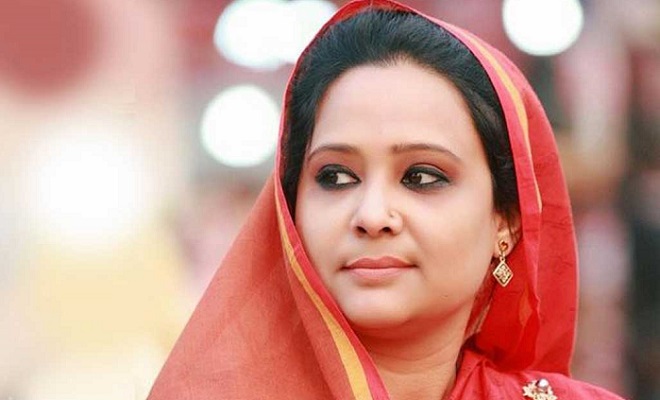 The decision was taken in an extended meeting held at the residence of Industries Minister Nurul Majid Mahmood at Gotashia village in Monohardi upazila.

Tamanna Nusrat Bubly, a Member of Parliament (MP) from reserved seat-24 (Narsingdi) and also the women affairs secretary of Narsingdi district unit Awami League. She was the wife of late Lokman Hossain, former mayor of Narsingdi municipality, who was killed in a gun attack on November 1 in 2011.

When asked, district Awami League president and Sadar seat MP Mohammad Nazrul Islam said that Tamanna Nusrat had been maligned in the country and abroad for her fraud in examinations.

Her act of fraudulence tarnished our reputation so we took a decision to expel her from the party. The center will take the next step.

Bubly got enrolled in a Bachelor of Arts (BA) course under the Bangladesh Open University (BOU) to heighten her educational qualifications. But she relied on cheating in the exams to pass the course.

So far thirteen examinations in first four semesters under the BA course were held, but MP Bubly didn’t attend any of them.

According to the investigative report, MP Bubly hired so far eight female students to give proxy exams for her.

They sat for the examinations instead of the lawmaker in exam centre in Narsingdi, while she was staying with her family members in the capital.

However, MP Bubly’s candidacy was scrapped and decided not to evaluate her answer sheets for committing forgery.