Chilmari Water Port to be upgraded to International standard: Khalid 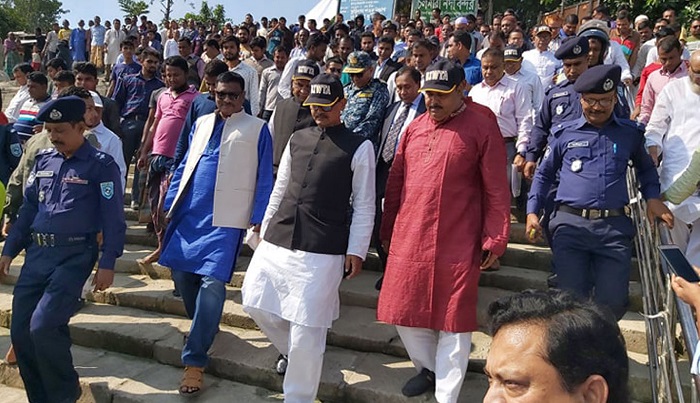 The state minister came up with this observation while talking to newsmen after visiting Ramnaghat and Jorgachh areas of Chilmari River Port in Kurigram.

“Chilmari water port would be upgraded to international standard. A project has been taken to construct necessary infrastructures to turn the river port into a full-fledged one,” he said.

“Prime minister has already directed to the National Board of Revenue (NBR) chairman to be prepared to serve customs facilities there,” he said.

Khalid, also the Organising Secretary of Awami League, said, “After completion of the project, transportation of goods by river route at low cost would be possible, thus boosting the local economy and turning the port once against into a hub of trade and commerce.”

Under the project, the Brahmaputra River will be dredged to restore its navigability. Moreover, existing channels will be drug to link it with other rivers and the Bay of Bengal.