Why pink heralds a revolution in Test cricket 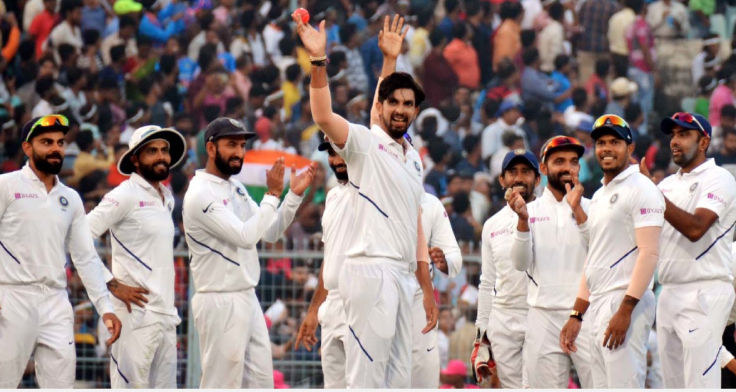 The world has evolved over the years. Technology has led advances in almost every field. In contrast however, Test cricket lost its appeal to the masses. So the cricket authorities had to find a way to bring the attention back to the most prestigious form of cricket. Eventually they came up with the answer: make Test matches day-night affairs like most ODIs and T20Is.

The first-ever day-night Test finally took place in 2015 when the hosts Australia faced New Zealand in Adelaide. Since then, a total of 11 day-night Tests have been played prior to the latest one between India and Bangladesh.

There was plenty of evidence on offer that people love to watch cricket during the evening hours. But the biggest question was still there- what will be the colour of the balls for day-night Tests? This question seemed to be the toughest one for the cricket authorities around the world.

The conventional red balls are tough to spot during the evening hours. So it was clear that the red ball shouldn’t be used in the day-night Tests. The authorities tried out with the white balls used for day-night ODIs and T20Is instead. But the result wasn’t good. As teams continue to play Test cricket in whites, it could create problems as well. Besides, the white balls don’t last more than 50 overs, whereas the new ball doesn’t become due before 80 overs in a Test match.

Not all teams took to the day-night Test format right away. India and Bangladesh continued to be two of the holdouts, till Saurav Ganguly was elected as president of the Board of Control for Cricket in India and as one of his first acts, proposed to turn the Eden Gardens Test of their scheduled 2-Test series into a day-night affair.

Bangladesh agreed to the proposal, despite just one day/night First Class game having been played in the country, back in 2013. None of the current national players was part of that game.

So far, the pink ball has found more favour with the pace bowlers, with two Australians, Josh Hazlewood and Mitchell Starc, leading the list of wicket-takers in games played with the ball till now, with 26 and 21 scalps respectively.

Ahead of the first-ever day-night Test in the subcontinent, Indian captain Virat Kohli said the pink ball feels heavier than the conventional white or red balls. According to him, it takes more effort throwing the pink balls while fielding. On the other hand, Mominul Haque, Bangladesh’s Test captain, said the evening hours might make the job tough for batsmen.

The pink ball has done the job till now in lending Test cricket this new dimension with the timings, but cricketers are yet to fully adapt to this ball. Especially teams like Bangladesh who have no domestic events played with the pink balls might suffer more than the teams who have pink-ball competitions in their domestic circuit.