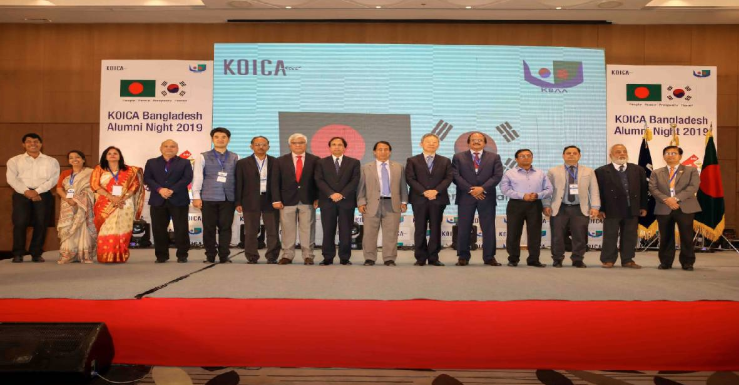 Principal Secretary to the Prime Minister Md Nojibur Rahman attended the function on Thursday night as the chief guest.

Ambassador Kang-il proudly mentioned the growing bilateral relations between Bangladesh and Korea over the last 46 years. He said he strongly believes that Bangladesh can achieve similar economic progress and development as Korea through devotion.

KOICA Country Director urged to stand together towards development leaving no-one behind.

He said since KOICA’s establishment in 1991, the Korean government supported over 2,300 Government Officials through capacity building programmes in KOICA’s priority areas such as education and skill development, transportation, public health and ICT.

The speakers said the association is not merely a place of unity for KOICA’s alumni but also a significant platform that bridges and strengthens ties between Bangladesh and Korea.