Is Brock Lesnar the best WWE wrestler of the last decade? 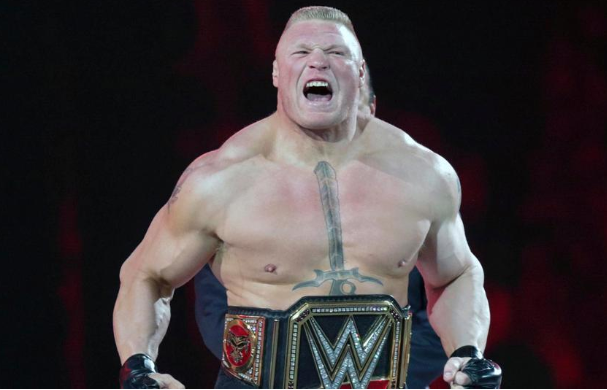 Vince McMahon has overseen the company’s growth as WWE managed to make full use of social media to become a major player in the economy. WWE has seen its business grow exponentially in the past 10 years as the multi-million dollar company saw itself enter the billionaire club after the successful launch of the WWE network. But the success of WWE cannot undermine the hard work of its wrestlers. Superstars like John Cena, Roman Reigns, Daniel Bryan, The Undertaker, and Triple H have played a huge role in WWE’s growth in the past decade.

These larger than life personalities have been instrumental in bringing the public to the arenas and making them care for the product that WWE is showing them.

The wrestler that played a huge role in the popularisation of professional wrestling is Stone Cold Steve Austin. The Texas Rattlesnake was instrumental in the rise of WWE during the late 90s and early 2000s as more viewers tuned in to watch Austin defy and continuously dismantle his boss, Mr. McMahon.

“You dang sure have to put Brock Lesnar on it because I think Brock is the guy,” Austin told the CBS Sports’ State of Combat podcast.

“Can you give me another name?”

“With Brock, you can say ‘part-time’ or this or whatever, but when Brock goes to the ring, I still get a sense of danger or I sense that I don’t really know what he is going to do,” Austin said.

Lesnar was the youngest WWE champion in history before he left the company to pursue other interests. After a brief and successful stint with UFC, Lesnar his return to professional wrestling. He was chosen as the one to break Undertaker’s legendary WrestleMania streak while playing a prominent role in most of the PPVs. Despite all of his accomplishments, Lesnar has always been criticized by the fans for being a part-timer and for often ‘dialing it in’ during matches. Jon Moxley (former Dean Ambrose) even claimed on Stone Cold’s podcast that Lesnar showed no interest in their match at WrestleMania 32.

However, Lesnar’s ability to capture the imagination of the audience is something that has made him a must-see attraction for WWE. Even Stone Cold believes if we exclude Cena, Lesnar might be the superstar who has the most impact when he comes into an arena.

“Brock Lesnar creates more questions in my mind than anybody else who has walked into the ring for the last 10 years, no question in my mind,” Austin said.

“Cena is up there with the top of the top, but moving past that, Brock Lesnar, when he walks into an arena or steps into an Octagon, you always wonder what’s going to happen with that guy.”

“He might not be around as much as many people would like, but as far as impact and pure ‘I have to watch this match’ factor, it’s hard to say a guy other than him.”

It will be interesting to note that seventeen years ago, Stone Cold reportedly walked out of WWE when the WWE creative asked him to lose a match to a young Lesnar on an episode of Raw. But things have smoothened out between the two since then.

Lesnar being the biggest superstar of the last decade might be a contentious pick by Austin but there is no doubt on his impact on professional wrestling. He has been involved in some of the biggest matches in pro-wrestling while also becoming a legitimate fighting champion in UFC. The 42-year-old Lesnar continues his run at the top as he currently holds the WWE Championship and is likely to main-event WrestleMania again.