Warner's century was his 22nd in Test matches 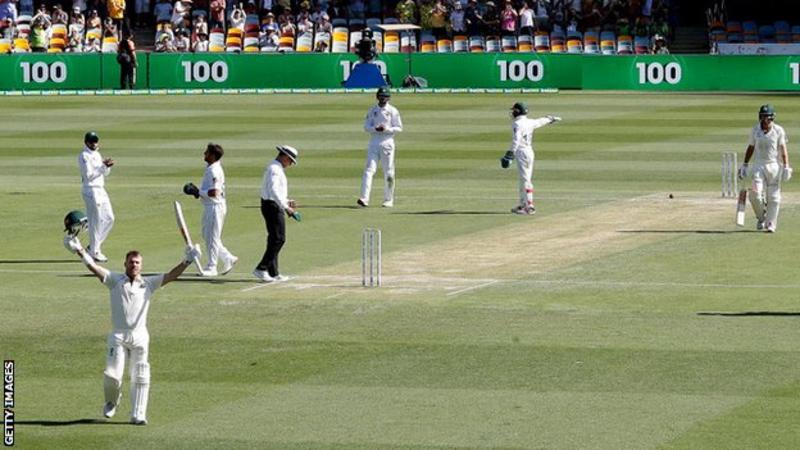 David Warner made his first century since his year's ban from cricket as his 151 not out gave Australia control against Pakistan in the first Test.

The 33-year-old appeared to be caught behind on 56 at the Gabba, but 16-year-old bowler Naseem Shah's delivery was ruled a no-ball on replay.

Warner survived another scare on 93 when he was nearly run out by a direct hit from the deep in Brisbane.

But Australia ended the day on top, 72 runs ahead with nine wickets in hand.

Warner, who scored just 95 runs in 10 innings in last summer's Ashes series, last made a Test century in the 2017 Boxing Day Test against England.

He has spent much of the intervening period on the international sidelines after being banned for 12 months for ball-tampering against South Africa.

He was ably supported by fellow opener Joe Burns, who fell three runs short of his own century after being deceived by Yasir Shah's leg break.