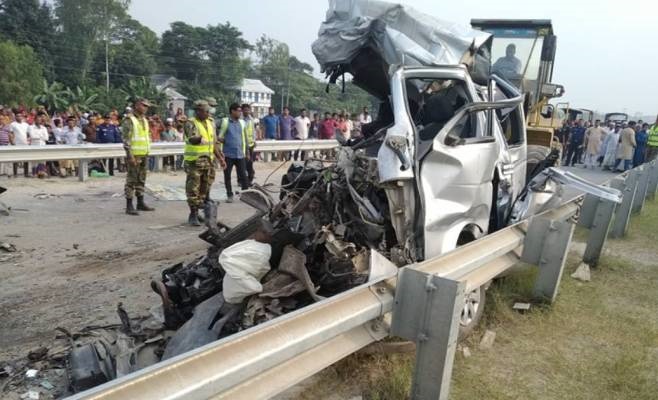 At least 10 people of a wedding party were killed and 20 others injured as a microbus collided head-on with a passenger bus at Sholghar in Srinagar upazila of Munshiganj on Friday.

The tragic accident took place on Dhaka-Mawa highway around 2:00pm when a microbus carrying a wedding party was going to Keraniganj in Dhaka, said Hedaytul Islam Bhuiyan, officer-in-charge of Srinagar police station.

All the deceased were passengers of the microbus. Two children and two women were among the deceased, witnesses said.

Eight of the wedding party died on the spot. Two others succumbed to their injuries in Dhaka Medical College Hospital.