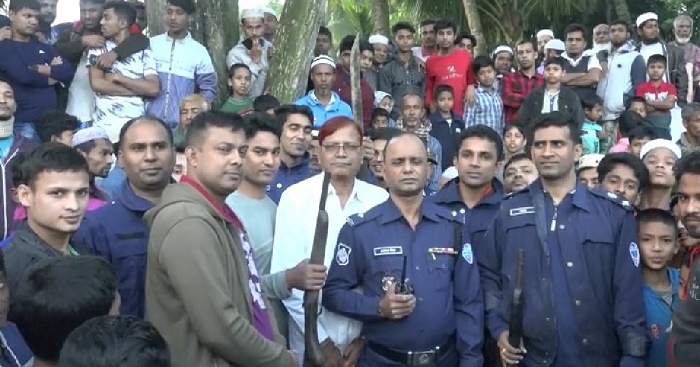 A suspected robber was killed and five others injured in a lynch-mob attack at Sagardi village of Raipur upazila in Laxmipur early Friday.

The deceased was identified as Sohel.

Quoting locals, Tota Mia, officer-in-charge of Raipur Police Station, said a gang of robbers swooped on the house of Jabbar Ali Bepari at the dead of night and kept the house-inmates hostage at gunpoint.

Hearing their screams, neighours encircled the house and caught six of the robbers.

On information, police went to the spot and taken them to local hospital where Sohel died.

Two light guns, six cartridges and some sharp weapons were recovered from the spot.