Bride arrives at her wedding in coffin (watch) 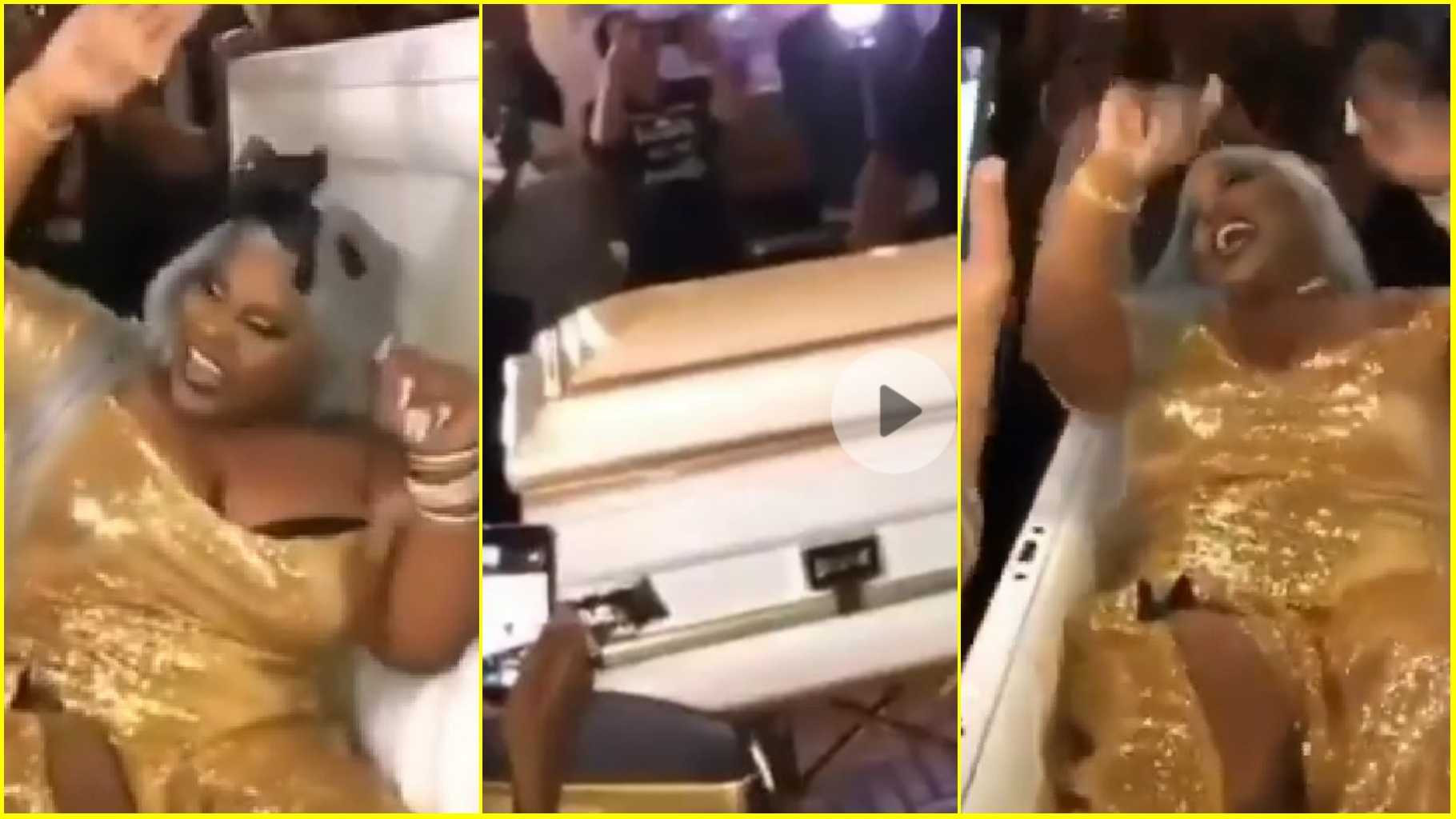 Wedding day is one of the most special days in any couple's life. They come up with creative and innovative ideas to make the day more special.

Last month, a couple from the UK reversed their roles for their wedding. Bobby Cook, the groom, walked down the aisle to his bride Ciara before exchanging their wedding vows. Bobby wore a white wedding gown as he walked down the aisle as Ciara waited for him in her three-piece suit. The couple had clarified that the role reversal was not done to make a mockery of marriage.

Now, an unidentified bride's bizarre stunt at her wedding has gone viral. The bride arrived at the venue of her wedding in a coffin.

A video of the incident shows someone removing a black cloth to uncover a coffin. The coffin is opened as people cheer for her. The bride wearing a golden gown can be seen dancing and laughing immediately after the coffin is opened.

It is unknown when and where the video was shot.

The video is being circulated across social media platforms including Twitter and YouTube. The video received mixed reactions. Some netizens were left stunned, others were disappointed at the stunt