No exaggeration over RTA implementation: Quader 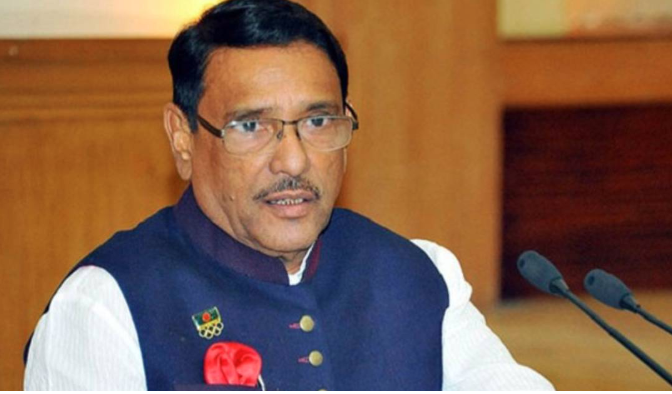 Road Transport and Bridges Minister Obaidul Quader on Thursday said there would be no further complexities regarding the Road Transport Act as exaggeration will be avoided while enforcing the law.

“There is no reason to disrupt vehicular movement on roads as transport strike is no more. The issue has been settled through discussion. No complexities will arise if exaggeration in enforcing the law could be avoided,” he said.

The Minister came up with the remarks while talking to reporters after a meeting of the cultural sub-committee of Bangladesh Awami League’s 21st national council preparation committee.

Mentioning that the Road Transport Act was passed in the light of the real situation, the minister said, “We would scrutinize if anything is found to be inconsistent while enforcing the law.”

About BNP’s criticism over the government’s failure in controlling the prices of commodities, Quader said BNP leaders have to give anti-government statements to rejuvenate their activists.

The Road Transport and Bridges Ministry issued a notification stating that the act 2018 will come into effect on Friday.

The Road Transport Act came into effect on November 1.

The Road Transport Bill 2018 was passed by parliament on September 19, 2018. It kept a provision of maximum five years' jail for any death or serious injuries caused by reckless or negligent driving.