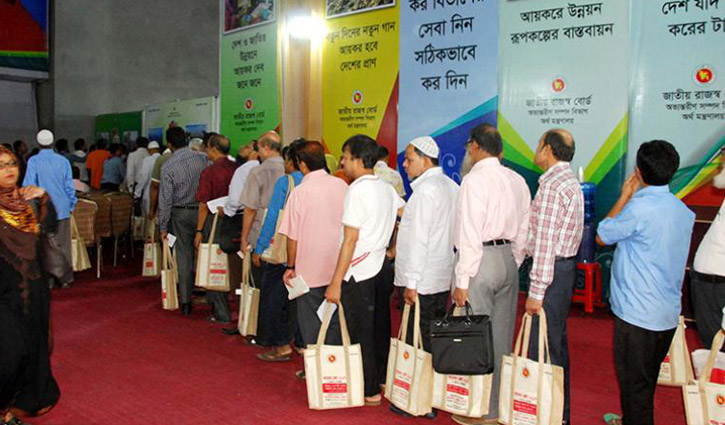 At the same time, 3, 06, 449 tax payers have already taken various services and suggestions from the income tax officials in the fair and 5452 new tax payers registered their new E-TIN numbers in this fair.

Mahbubur Rahman expressed satisfaction over the increasing number of enthusiastic taxpayers at these fairs, taking various services under one roof and spontaneously depositing income tax within minimum possible time in a hassle- free manner.

“During the last one week, I talked to many enthusiastic taxpayers and they appreciated the excellent atmosphere in the fair that created awareness among eligible citizens erasing fear about income tax inspiring them in paying income tax spontaneously,” he added.

A plan has been taken to form a team and sent them door-to-door to conduct door-to-door survey to identify new taxpayers under leadership of income tax officials during the current fiscal in Chattogram zone, he added.