Purnima flies to shooting spot due to road blockage 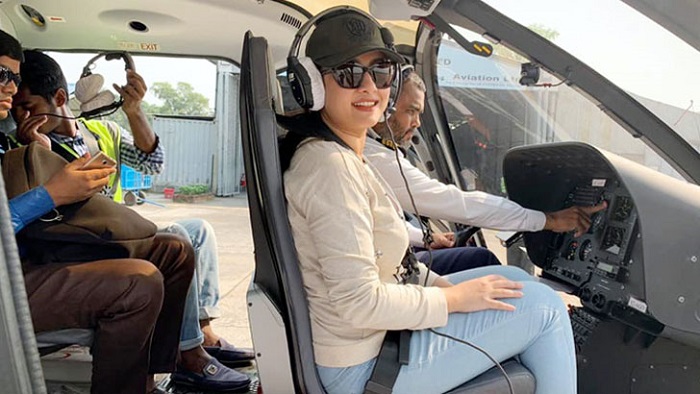 Popular actress Dilara Hanif Purnima took a helicopter ride to reach her shooting destination in Noakhali on Wednesday as transport workers observed strike on that day across the country demanding amendment to Road Transport Act-2018.

The movie is being made based on the novel ‘Gangchil’ written by Road Transport and Bridge Minister Obaidul Quader. In this film, actor Ferdous Ahmed will be seen in opposite to Purnima.

The second phase shooting of the film started on November 17 and will continue for fifteen straight days. The entire team is in Noakhali now.

Purnima started her journey in the morning for Noakhali by road bus she had to return home because of road blockade. Later, she flew there by a privately operated helicopter.