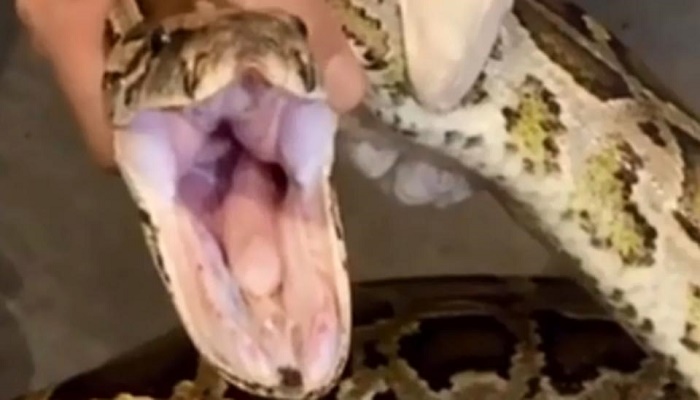 Employees at a spa in southern China’s Foshan were greeted with a nasty surprise on November 12 when a gigantic python crashed through the ceiling, reports Hindustan Times.

The python was reportedly living there for ten years and weighs 20 kgs.

A video shows the snake being held and captured by several officials and to say it is the stuff of nightmares would be an understatement.

An employee at the spa reportedly heard a loud noise and saw the huge reptile fall through the ceiling. He immediately called the police for help.

A video shows several police officers holding the nearly 10-foot-long snake on the floor to measure it.

The clip also shows the broken ceiling from where the snake fell.

According to DailyMail, the owner of the spa had heard rumours about a snake about 10 years earlier and construction workers renovating the building also reported about seeing the snake three years ago. But attempts to catch it failed.

After it was caught, the python was handed over to the local wildlife rescue centre who fed it before releasing it to the wild.