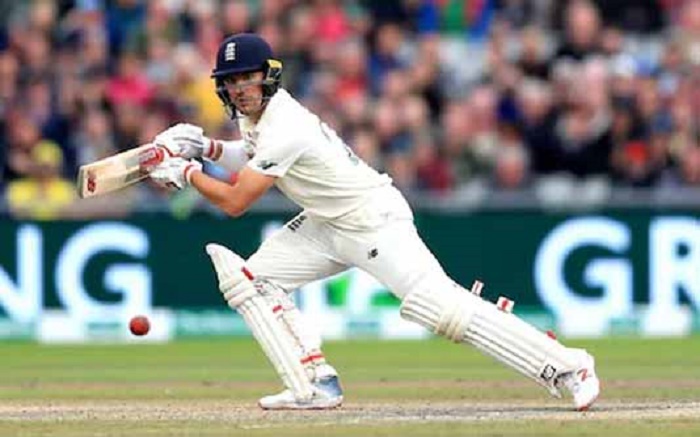 Rory Burns made the most of an early let-off to lead England through a patient opening session to be 61 for one at lunch on day one of the first Test against New Zealand in Mount Maunganui on Thursday.

Burns, who shared in an initial stand of 52 with debutant Dom Sibley, was not out 35 with Joe Denly on four.

With clear skies and an easy wicket, Joe Root had no hesitation in batting first when he won the toss and Surrey pair Burns and Sibley obliged with their half-century stand.

Burns was let off the hook on 10 when an appeal for caught behind was turned down and New Zealand decided not to seek a review only for replays to suggest there was a fine edge.

Sibley marked his maiden Test by stroking the first ball he received to the mid-wicket fence for four.

But after seeing off the New Zealand bowling spearheads Trent Boult and Tim Southee, Sibley’s innings came to an end in an uncomfortable over by Colin de Grandhomme.

On a wicket offering little encouragement for the bowlers, the New Zealand all-rounder had Sibley caught at slip by Ross Taylor on 22 in the first ball after a close lbw shout was turned down.

De Grandhomme has figures of one for 19.