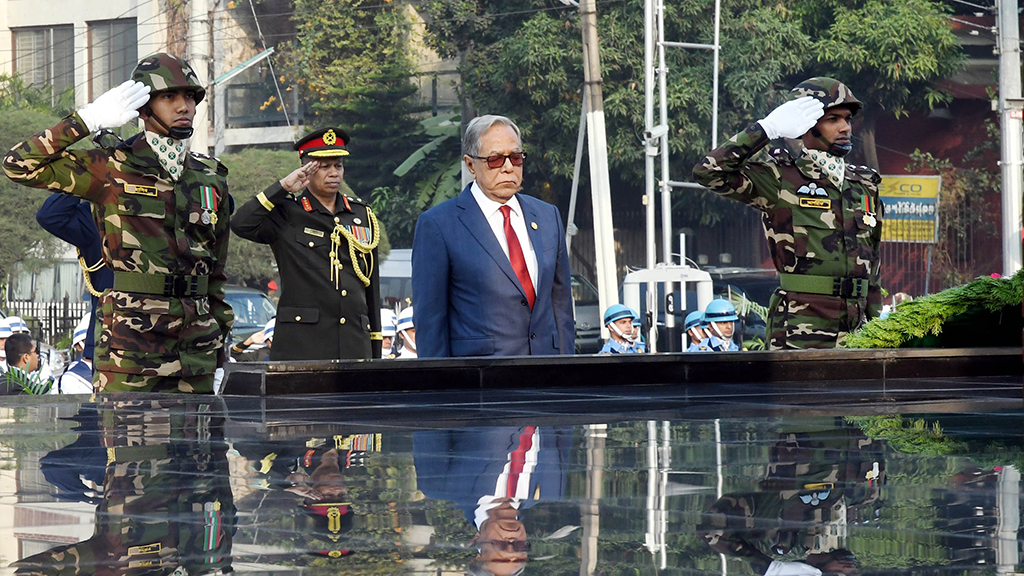 During the Liberation war in 1971, three armed forces -- army, air and navy -- began combined assaults on invading Pakistani forces on Nov 21. Since then, Bangladesh has been observing the day as Armed Forces Day.

The president, who is the commander-in-chief of the armed forces, observed a minute’s silence in honour of soldiers who sacrificed their lives for Bangladesh’s liberation.

A team of three forces performed a military parade. Mournful music played on the military bugle. Later, the president signed the visitors' book which has been kept at Shikha Anirban.

President Hamid was followed by Prime Minister Sheikh Hasina who holds the defence ministry portfolio. She placed a wreath before the flame for honouring the nation’s martyrs. She was given a guard of honour. Later, she also signed the visitor’s book.

Both were greeted by the heads of army, air force and navy and the principal staff officer of the Armed Forces Division.