Kolkata all set for day-night Test 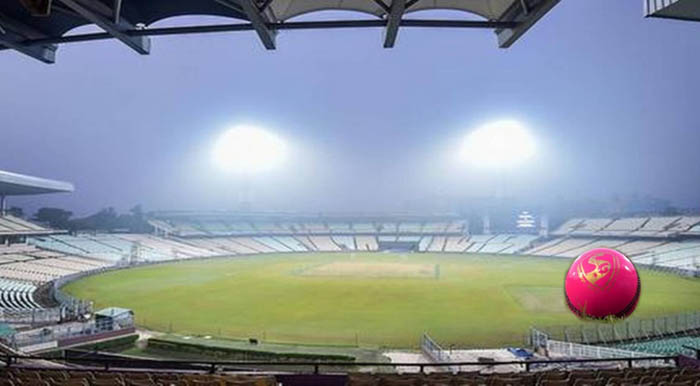 The Eden Gardens of Kolkata is all set to host the first-ever day-night Test between Bangladesh and India on Friday.

The Cricket Association of Bengal is leaving no stone unturned to make the occasion successful as well as memorable. They already chalked up many plans for the event, an official said.

Bangladesh and India arrived in the ‘city of joy’ on Tuesday to take part in the historic Test match when the Eden Gardens has turned pink ahead of the pink-ball Test match.

The security arrangement has also been increased to a higher level near the venue area as many distinguished guests from Bangladesh and India are expected to attend the opening day ceremony on November 22.

“It is a big part of test cricket. The fact that there will be so much people here, you have to acknowledge how important that is. And I think the way people manage their time is trickier, so if you can extend the test match until night time, you can bring more and more people into it,” Bangladesh spin-bowling coach Vettori told reporters after their opening training session at Eden.

Students from Indian Art College, Dum Dum were seen working hard to draw beautiful graffiti near the clubhouse area of the stadium premises.

Somir Kumar Dey, an executive of Creocraft Ventures Pvt Ltd, an agency which brought these students to work together, said the idea of the graffiti came from BCCI president Sourav Ganguly.

“The idea came from Dada [Sourav Ganguly]. The concept of art is the journey of a boy from gully cricket [street cricket] to the national team. We showed it in two different arts - one as a batsman and one a bowler. Ahead of the first day-night Test we draw both the graffiti,” he added.

Tickets lovers were seen leaving the stadium premises with gloomy mood as online tickets were already sold out just in the first three days.

Despite the CAB’s reluctance to not announcing any possibility of selling off-line tickets, hundreds of fans gathered near Gate-3 and Gate-4 booths to test their lucks.

However, they left the area with broken hearts after not getting any ticket from the booths while only online buyers could collect the match tickets.

The historic Test will kick off at 1:30 pm Bangladesh Standard Time and the Indian Army paratroopers will fly into the Eden Gardens to hand over a pink ball each to the two captains just before the toss.

This will be followed by the ringing of the customary Eden Bell by Bangladesh Prime Minister Sheikh Hasina and West Bengal Chief Minister Mamata Banerjee.

The CAB will also felicitate the team members of Bangladesh-India first-ever Test in 2000, a game where Ganguly made his debut as Test captain.

The city had different places coloured in pink as that seems to be the color of the day while the 22 storied TATA building and another 42-storied building will have 3-D mapping.