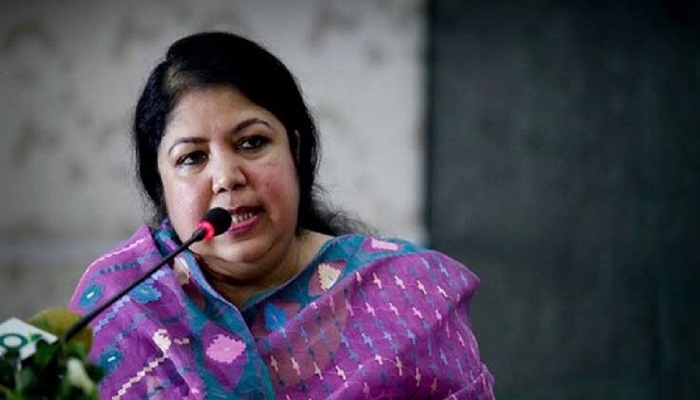 Speaker of the Jatiya Sangsad Dr Shirin Sharmin Chaudhury on Wednesday urged Cambodia for continuing pressure by ASEAN on Myanmar for the peaceful repatriation of forcibly displaced Rohingyas to their place of origin in Rakhine State.

The Speaker came up with the view when she met Cambodian Prime Minister Hun Sen at his office in Cambodia.

The Cambodian Prime Minister warmly received her when she reached his office, said a Parliament Secretariat handout.

During the meeting, Hun Sen extended thanks to Dr Shirin for attending the Asia Pacific Forum.

Recalling the visits of Bangladesh Prime Minister Sheikh Hasina to Cambodia in 2017 and his visit to Bangladesh in 2014, Hun Sen said the trade and business between the two countries expanded following the two visits.

Dr Shirin extended her gratitude to Hun Sen for taking an initiative to name a road after Father of the Nation Bangabandhu Sheikh Mujibur Rahman in Phnom Penh, the capital city of Cambodia.

Earlier, Dr Shirin met President (Speaker) of the National Assembly of Cambodia Hen Samrin and President of the Senate of Cambodia Say Chhum there.

The Speaker also visited the road that has been proposed to be named after Bangabandhu Sheikh Mujibur Rahman in Phnom Penh.