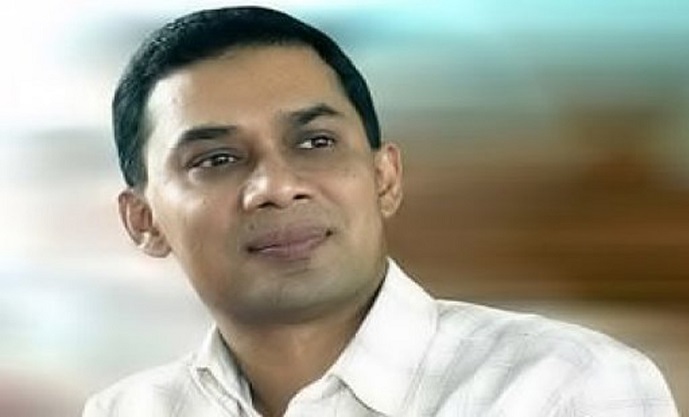 BNP on Wednesday celebrated the 55th birthday of its acting chairman Tarique Rahman in a ‘low-key profile’ with only arranging some prayer programmes without cutting any cake.

On the occasion, the party’s different associate bodies and units, including Jatiyatabadi Jubo Dal and Chhatra Dal, arranged milad and doa mahfils at BNP’s Nayapaltan central office in the morning.

Separate munajats were offered prying for divine blessings for long and healthy life of Tarique.

Speaking at a miald mahfil arranged by Jubo Dal, BNP standing committee member Mirza Abbas said they were supposed to celebrate their acting chairman’s birthday in a befitting manner across the country by cutting several hundred cakes, but Tarique himself instructed them not to do it under the current situation of the country. “More importantly, our leader Khaleda Zia is still in jail and she’s staying at a hospital. “

He wished Tarique a long life on the occasion.

Abbas urged the Jubo Dal leaders and activists to play a pivotal role in ‘restoring’ democracy in the country and freeing Khaleda from jail through a strong movement.

BNP standing committee member Gayeshwar Chandra Roy said their party leaders are in confusion whether Khaleda should be released on bail or on parole.” Why don’t we take it into consideration that the only street agitation can help free her?”

He said their party has kept its efforts limited only to programmes like holding human chain and milad mahfil to have Khaleda freed from jail. “I think our leader Khaleda Zia doesn’t deserve such an attitude from us.  We can properly show respect to her if we go to jail or receive bullets by waging the movement for her release.”

Jatiyatabadi Chhatra Dal also arranged a doa mahfil at the BNP office praying for the wellbeing of Tarique.

Tarique was born on November 20, 1965 in Bogura. On September 11, 2008, he went to London for treatment, and he has been living with his family there since then.

He has been working as acting chairman of BNP since his mother and party chairperson Khaleda Zia’s imprisonment in Zia Orphanage Trust graft case on February 8, 2018.