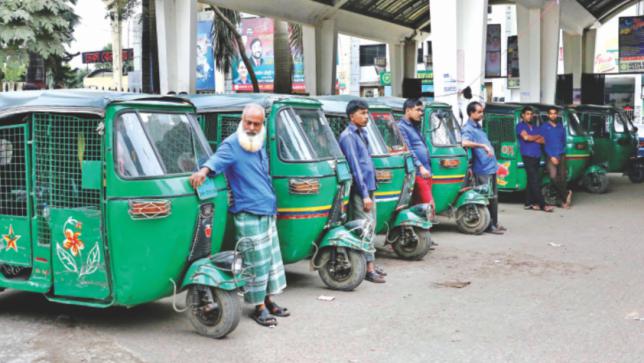 Claiming that the law was enacted without taking cognisance of the opinions of transport workers, Bangladesh Auto-Rickshaw Auto-Tempo Transport Workers’ Federation (BAATWF) on Wednesday demanded that the Road Transport Act 2018 be amended.

It made the demand from a meeting held at its Topkhana Road office with its Vice-president Shahjahan Hawlader in the chair.

The BAATWF leaders said they have placed their suggestions on the amendment of the law several times to the Prime Minister’s Office. But nothing was taken into consideration while enacting the new law.

The association leaders said to enforce the new law, it is necessary to provide training to police and transport workers, create trained drivers, improve infrastructure and remove the roadside shops and haat-bazars from highways.

They also demanded launching of motivational campaign to create awareness among the transport workers and people before going for enforcement of the new law.

The new law created anarchy in the transport sector as the government did not launch necessary campaign to create awareness about the provisions of the new law, they observed.