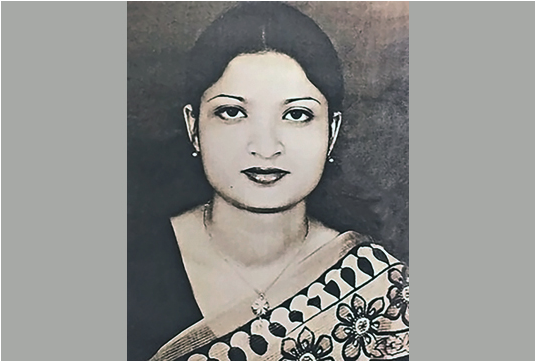 The High Court (HC) gave two months more to Police Bureau of Investigation (PBI) for completing further investigation of the murder case of Sagira Morshed Salam, who was shot dead in front of Viqarunnisa Noon School and College in city in 1989.

Deputy Attorney General Sarwar Hossain Bappi placed the petition before the HC on behalf of the state.

Earlier, on June 26, the HC cleared the way for continuing the 30-year-old murder case dismissing a rule that had stayed the trial proceedings and asked the PBI to conduct further investigation into the case and complete it within 60 working days.

The case was lodged by Sagira’s husband Salam Chowdhury on that day with Ramna Police Station against unidentified miscreants over the murder of Sagira Morshed, 34, who was gunned down by unidentified muggers in front of Viqarunnisa Noon School and College in the capital’s Bailey Road on July 25, 1989.

A rickshaw puller present on the crime scene identified two of the killers, but police filed charge sheet against one Montu.

But during the hearing, the prosecution alleged that the name of Maruf Reza, close relative of then home minister Mahmudul Hasan, came up during the investigation and was also arrested. But his name was dropped from the charge sheet.

The last investigation officer of the case recently drew attorney general office’s attention to the case and the state side then finally took initiative to vacate the stay.