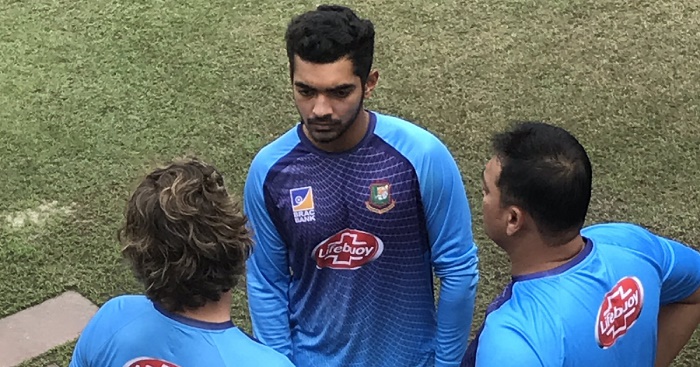 Saif Hassan, the young Bangladesh batsman who was supposed to get his Test cap in the second and final Test of two-match series against India in Kolkata, has been ruled out due to a finger injury.

Bangladesh Cricket Board (BCB) confirmed the news on Wednesday right after Bangladesh’s first practice session at the Eden Gardens where Saif was seen sitting out skill training.

The 21-year-old batsman got the blow during his fielding duty in the first Test of the series in Indore. He has rested for a few days for is yet to recover.

The Kolkata Test, which is the first day-night Test for both participating countries, is slated to be played from November 22. The BCB medical department confirmed that it is unlikely for Saif to get fit before the match, and thus he has been ruled out from the squad.

Before heading to the Kolkata Test, Bangladesh suffered a colossal defeat in Indore as they lost the first game by an innings and 130 runs.