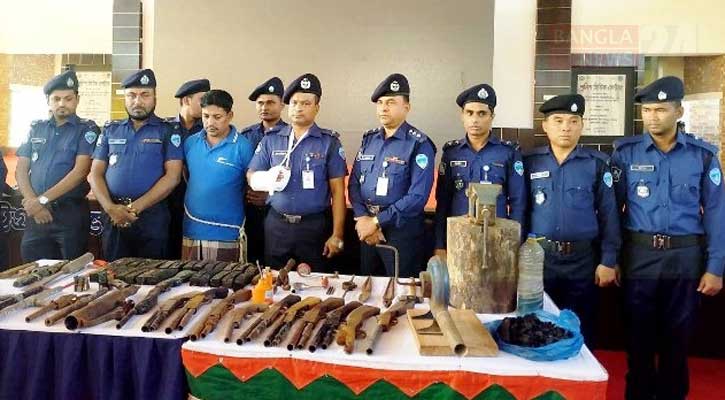 Four policemen were injured in a ‘gunfight’ with robbers when the law enforcers raided a weapons factory in the remote hills of Raozan upazila of Chattogram on Wednesday morning.

Police also recovered at least 20 locally-made firearms and arrested the leader of a notorious robber gang from the spot.

The arrestee was identified as Alamgir Prokash Alam, accused in 17 cases including murder.

Police raided Shamsu Tila area acting on a tip-off in the early hours of Wednesday. Criminals opened fire as soon as police reached the area, triggering a skirmish.