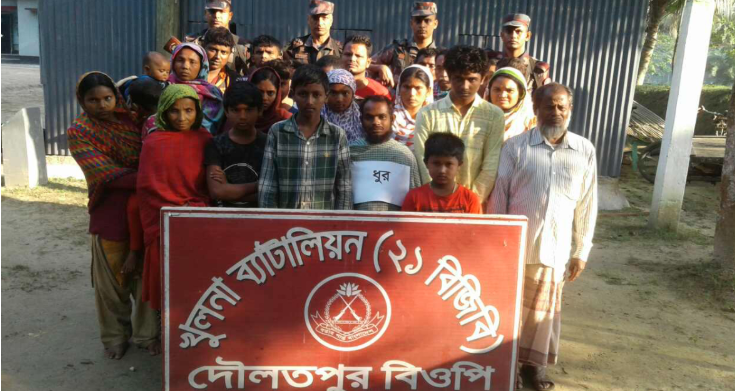 The Border Guard Bangladesh (BGB) arrested 54 Bangladeshis, including women and children, and a trafficker while they were illegally returning to the country from India on Wednesday morning.

They hail from Khulna, Bagerhat, Narail and Jashore districts.

A team of BGB-21 arrested them from Benapole and Daulatpur borders acting on a tip-off, said Subedar Abdul Wahab, company commander BGB-49 battalion.

Later, the arrestees were handed over to Benapole Port Police Station, he added.