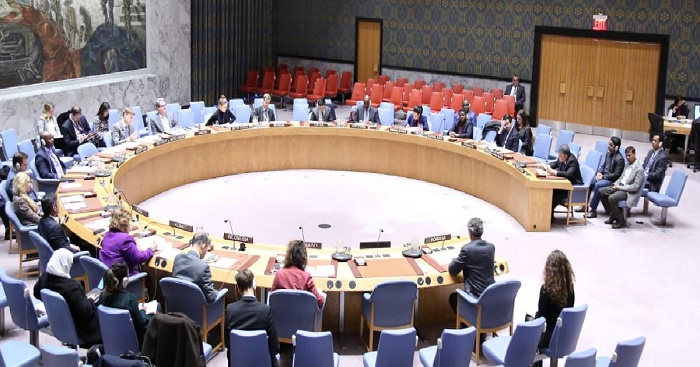 Bangladesh has said it believes reconciliation can be a critical enabler for resolving the Rohingya humanitarian crisis, the brunt of which they are bearing.

Referring to various successful models of reconciliation, Bangladesh urged Myanmar to adopt clearly defined reconciliation strategies through a whole-of-society approach and by ensuring transparency and objectivity in the reconciliation process.

Ambassador and Permanent Representative of Bangladesh to the UN Masud Bin Momen raised the issues while addressing a Security Council Open Debate on “The Role of Reconciliation in Maintaining International Peace & Security” held at the UNHQs on Tuesday.

He emphasised on the necessity of a robust enabling environment in Rakhine underpinned by dialogue between the Rohingyas, rest of Myanmar society and Myanmar authorities.

Ambassador Momen recalled Bangladesh’s successful experience of reconciliation in the Chittagong Hills Tracts in 1997 under the leadership of Prime Minister Sheikh Hasina.

He also mentioned Bangladesh’s contribution, through peacekeeping, to national and local reconciliation strategies in countries emerging from conflict.

Ambassador Momen called upon Myanmar to promote active participation of women and young people and ensure accountability and justice for serious violations of international humanitarian law and human rights law, said the Bangladesh Mission at the UN on Wednesday.

The Permanent Representative also urged the Security Council to promote sustainable peace in Myanmar’s Rakhine State through reconciliation and reintegration of Rohingya community into Myanmar society.

Security Council has to encourage Myanmar to address core grievances and ensure unhindered and safe passage of relevant humanitarian personnel and supplies to the Rakhine, he added.

The Open Debate was held under the Presidency of United Kingdom. The Secretary-General also spoke on the occasion stating that “no reconciliation without justice” will work.