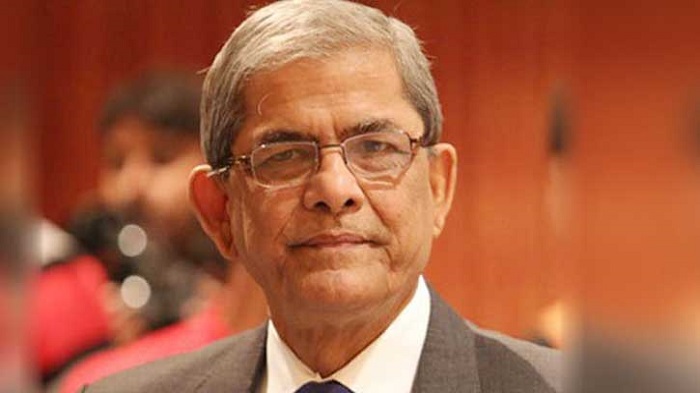 “The Road Transport Act 2018 is not a realistic one. It should have been formulated through necessary discussions with the various stakeholders from the very beginning,” he said.

The BNP leader came up with the observation while talking to newsmen at a press briefing at Tantipara in Thakurgaon around 10:00 am.

Fakhrul said it is difficult for an “unelected government” to establish good governance in the country.

“There’s no parliament in the country as it’s not elected by the people … The system of governance has broken down and Bangladesh has turned into a failed state,” he alleged.

Claiming that “Everything is corrupt”, the BNP leader blamed government and its administration for not performing their duties properly.

Mentioning that it is difficult to fight against fascism, the BNP leader said protests have already begun. “I believe a mass upsurge will remove the government [from power].”

He claimed that BNP Chairperson Khaleda Zia has been jailed in cases that are “fabricated”.

“The government is not releasing Khaleda Zia. She has the legal right to get bail which she is being denied intentionally. The government does not want her to get out of jail,” said Fakhrul.