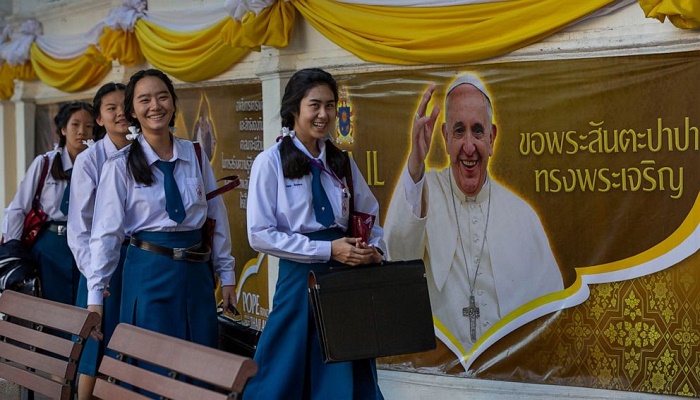 Pope Francis arrived in Bangkok of Thailand on Wednesday to begin a tour of Thailand and Japan, reports AP.

His Bangkok visit is part of a mission to boost the morale of those countries’ tiny minority Catholic communities and speak about issues of concern including human trafficking and peacemaking.

Francis’ three-day visit to Thailand, followed by three days in Japan, will be a welcome break for the 82-year-old pope. Francis will meet with Thailand’s supreme Buddhist leader, Thai authorities as well as all the Catholic bishops of Asia.

Francis has made the fight against human trafficking a hallmark of his papacy. He is expected to raise this issue in Thailand, which is a key transit point for victims of human trafficking, forced labor and the sex trade.