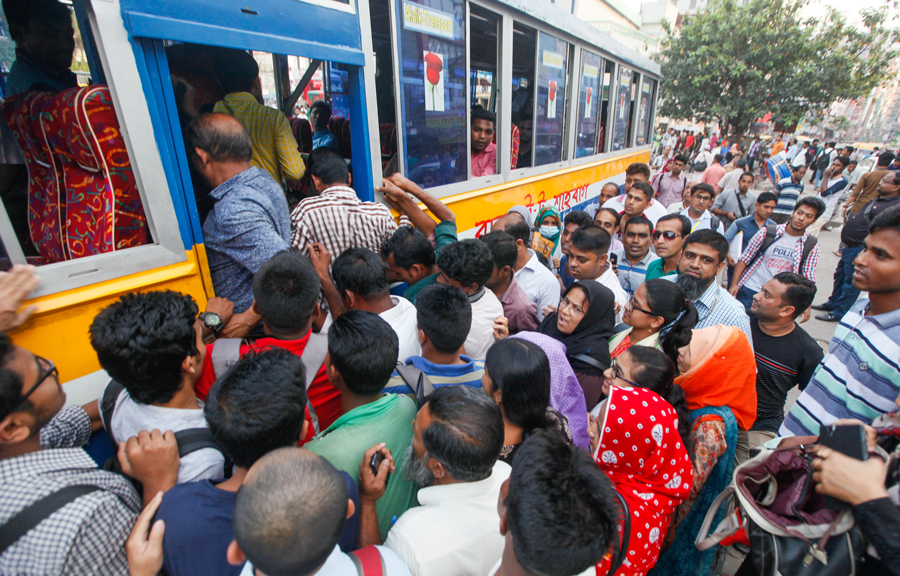 Dhaka city dwellers have been suffering since Wednesday morning for shortage of public transport as a section of transport owners and workers has started an unannounced strike in the capital to put more pressure on the government to amend the newly enforced Road Transport Act.

However, a source said that the movement of public transports was less than usual on Dhaka’s roads, apparently due to mobile court operations by BRTA.

Many of the sufferers, including commuters, school-goers and patients, waited for vehicles for hours while the others walked to their destination.

The Road Transport Act was supposed to be implemented on November 1. But Road Transport and Bridges Minister Obaidul Quader halted it full execution in an attempt to build awareness about the new law as huge amounts of fines are included in it.