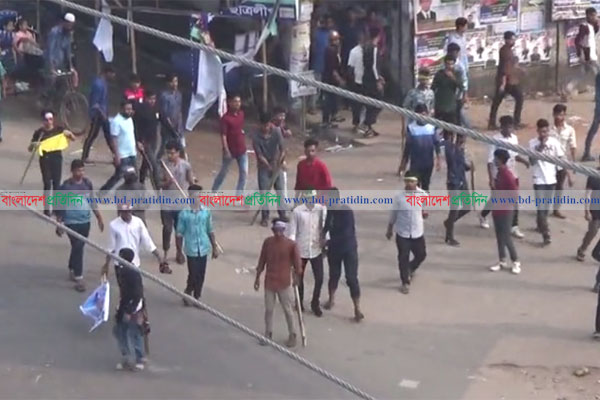 At least 53 people were injured in a clash between two factions of local Awami League over its council in Noakhali district on Wednesday morning.

Witnesses said that a procession led by Noakhali municipal mayor Shahidullah Khan Sohel was going to Shaheed Bhulu Stadium this morning. In the same time, another procession led of MP Ekramul Karim Chowdhury was also going to same venue. But, they locked in clash when both the processions reached Noakhali Town Hall area, leaving more than 50 people of the both sides injured.

Confirming the news, Md Alamgir Hossen, superintendent of police of Noakhali said the situation is now under control. A large number of cops have been kept on high alert to avert any untoward situation.