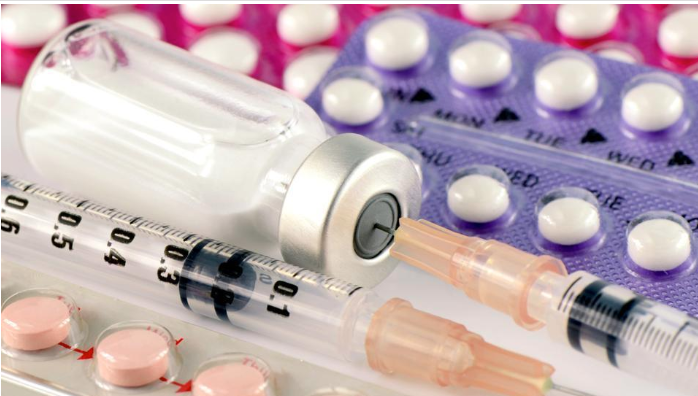 The Indian Council of Medical Research (ICMR) has successfully completed clinical trials of the world’s first injectable male contraceptive, which has been sent to the Drug Controller General of India (DCGI) for approval, according to researchers involved in the project.

The contraceptive is effective for 13 years, after which it loses its potency. It is designed as a replacement for surgical vasectomy, which is the only male sterilisation method available in the world.

“The product is ready, with only regulatory approvals pending with the Drugs Controller. The trials are over, including extended, phase 3 clinical trials for which 303 candidates were recruited with 97.3% success rate and no reported side-effects. The product can safely be called the world’s first male contraceptive,” said Dr RS Sharma, senior scientist with ICMR, who has been spearheading the trials.

ICMR is the apex body in India for biomedical research. It is funded by the Indian government through the department of medical research at the Union ministry of health and family welfare.

While researchers in the US were working on a similar contraceptive, it is still under development.

According to an article published on the website of the UK’s National Health Service, a trial for the male contraceptive was conducted in 2016 but it had to be stopped because of side effects. “Side effects like acne and mood changes were common,” it said.

In India, 53.5% of couples use some method of contraception or spacing methods, with permanent methods like sterilisation being the most popular, shows data from the National Family Health Survey-4 (2015-16). Around 36% of women opt for sterilisation as compared to 0.3% men going for vasectomy.

The contraceptive is a polymer that has to be injected under local anaesthesia in the sperm-containing tube near the testicles (vas deferens) by a registered medical professional.

“The polymer was developed by Prof SK Guha from the Indian Institute of Technology in the 1970s. ICMR has been researching on it to turn it into a product for mass use since 1984, and the final product is ready after exhaustive trials,” said Sharma.

The product, called reversible inhibition of sperm under guidance (RISUG), is made of a compound called Styrene Maleic Anhydride. “It is effective for at least 13 years once injected. In clinical studies on mice, it has been proven to be a reliable spacing method, and we will be initiating human studies soon to prove that in humans also, it can be used as an effective spacing method,” said Sharma.

“It’s the first in the world from India so we have to be extra careful about approval. We are looking at all aspects, especially the good manufacturing practice (GMP) certification that won’t raise any questions about its quality,” said VG Somani, the drug controller general of India.

“I’d say it will still take about six to seven months for all the approvals to be granted before the product can be manufactured,” said Sonami. The manufacture, sale and distribution of new medical innovation in India requires approval from DCGI, which conducts its own checks before clearing it.

Experts say a male contraceptives can work well in the Indian context provided the government publicises it proactively.

“Two things are needed from the government for it to work; one is to make use of the trial subjects for awareness generation among masses about the product, and second is to offer higher incentives for people opting for male contraceptives,” says AR Nanda, former family welfare secretary, Government of India.