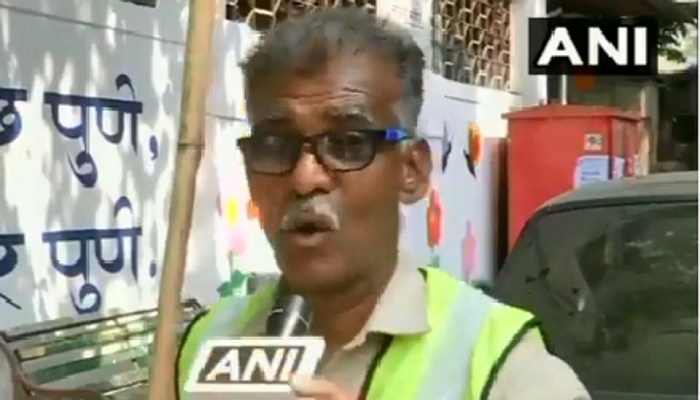 Mahadev Jadhav, a sanitation worker in the Pune Municipal Corporation (PMC) of India, sang a song on cleaning in a seminar which went viral on Twitter, reports Hindustan Times.

Mahadev Jadhav has found out a novel method to educate and create awareness amongst people about waste disposal through songs.

“I sing to create awareness among people as to where to put dry and wet waste, so the people can be educated about separating dry and wet garbage in order to help the corporation and our workers,” Jadhav told ANI here.

Besides being a cleaning worker, Jadhav himself has composed different songs on cleaning, which he plays in front of people every day in the morning while separating the wet and dry garbage.

Through his songs which are mostly remixes of popular Bollywood tunes, he tries to make people understand the importance of cleanliness.