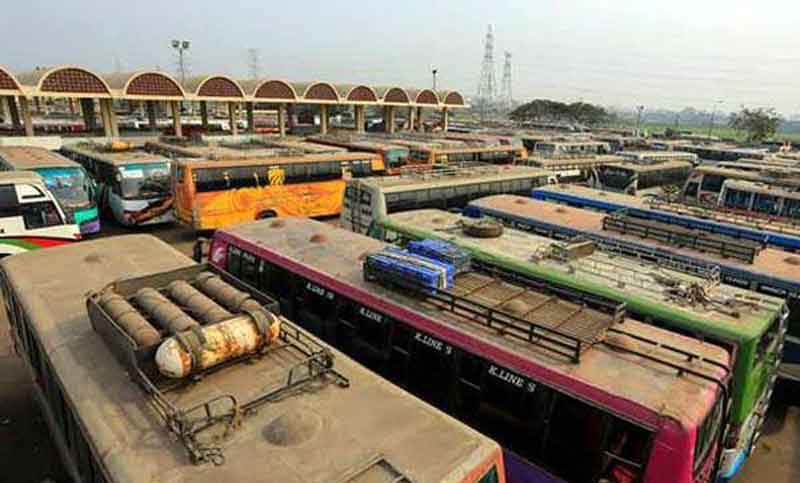 Passengers in eight districts in the country are suffering immensely due to transport strike, enforced protesting the Road Transport Act-2018.

Under this circumstance, many people are being forced to use other means of transportation to reach their desired destinations, according to media report.

The movement of vehicles from Kushtia to other places was severely restricted owing to the strike and many commuters had to resort to hiring local modes of transport such as auto-rickshaws, vans and electric bikes to reach their destinations.

The same situation is prevailing in Khulna. The workers of the district announced that they will continue their strike until the amendments of some sections under the law are made.

The bus workers went on an indefinite strike in a number of southern districts including Jhenaidah, Khulna and Satkhira from Monday morning protesting against implementation of the Road Transport Act.

The much talked-about act came into effect from November 1. The Road Transport and Bridges Ministry issued a notification in this regard on October 22.