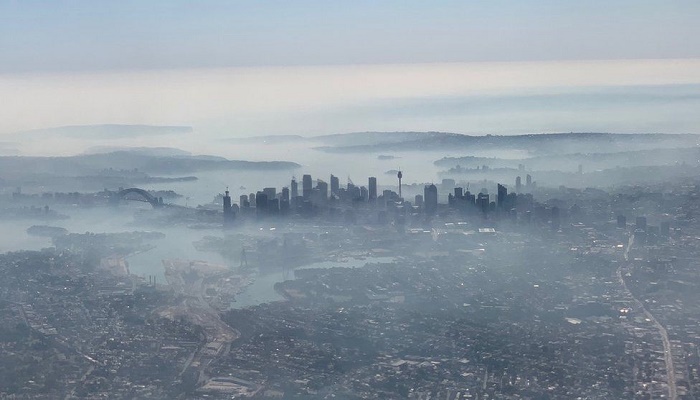 People in Sydney woke up to a city shrouded in smoke on Tuesday, as scores of bushfires rage across the region, reports BBC.

On social media, locals have described hazy skies and the stench of smoke in their homes.

About five million people live in the state capital of New South Wales, which has been affected for weeks by fires.

Six people have died in bushfires in the state's north since October.

Sydney residents were warned about severe fire danger on Tuesday, as temperatures soared to 37C (98.6F) in the city's west.

Parts of the city recorded air quality levels at eight times higher than the national benchmark.