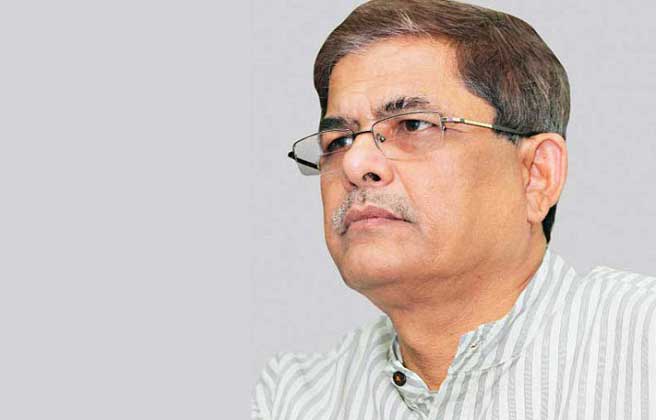 BNP secretary general Mirza Fakhrul Islam Alamgir on Monday hailed the leadership of its current acting chairman Tarique Rahman, saying he has ‘breathed a new life’ into the party.

“Our leader Tariq Rahman has almost finished the task of overhauling BNP, breathing a new life into the party. He’s been leading the party from thousands miles away, and he is leading us rightly at this bad time,” he said.

Fakhrul came up with the remarks while speaking at a discussion arranged by Bangladesh Chhatra Forum and Uttaranchal Chhatra Forum at Supreme Court Bar auditorium, marking Tarique’s 54th birth anniversary.

He congratulated Tarique on the eve of his birthday and wished him long life. “We take a vow on this day to free our leader Khaleda Zia and restore democracy at any cost.”

The BNP leader alleged that the government did not find any involvement of Tarique in corruption despite its frantic efforts over a decade. “But he’s convicted in false cases by force. Our leader Khaleda Zia has also been kept in jail the same way.”

He called upon party leaders and activists to get united under the leadership of Tarique to establish a pro-people government by ousting the current ‘autocratic and repressive’ one.

Tarique was born on November 20, 1965. He has been working as acting chairman of BNP since his mother and party chairperson Khaleda Zia’s imprisonment in Zia Orphanage Trust graft case on February 8, 2018.

On September 11, 2008, Tarique Rahman went to London for treatment, and he has been living with his family there since then.