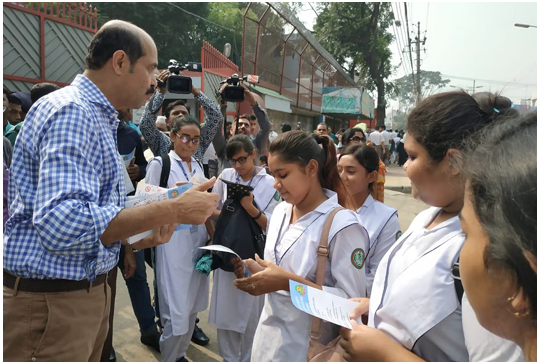 The mayor conducted the campaign in front of Green Herald School at Asad Avenue of Mohammadpur here.

They distributed leaflets to pedestrians and drivers to make themselves aware of the new transport laws.

Speaking on the occasion, Mayor Atiqul Islam told the journalists the government has enacted the new law to ensure road safety hoping that the countrymen would comply with the law.