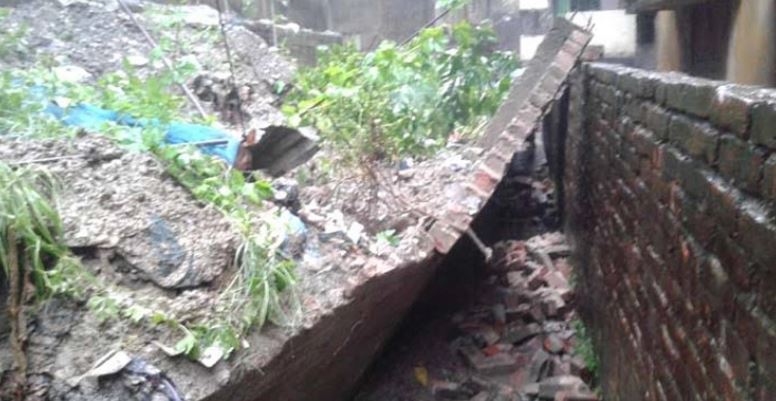 A construction worker was killed and another woman injured when a wall collapsed on them at Madrasa Quarter area in Mymensingh City Corporation on Monday noon.

The deceased was identified as Shuto Mia, 60.

The identity of the injured could not be known yet.

Quoting locals, police said that the Shuto and a woman were constructing a drain standing near the wall this afternoon. But all of a sudden, the wall collapsed on them, leaving Shuto Mia dead on the spot and the woman injured.

Later, the injured was taken to Mymensingh Medical College and Hospital (MMCH).