Shahadat Hossain suspended from ongoing NCL for assault on teammate 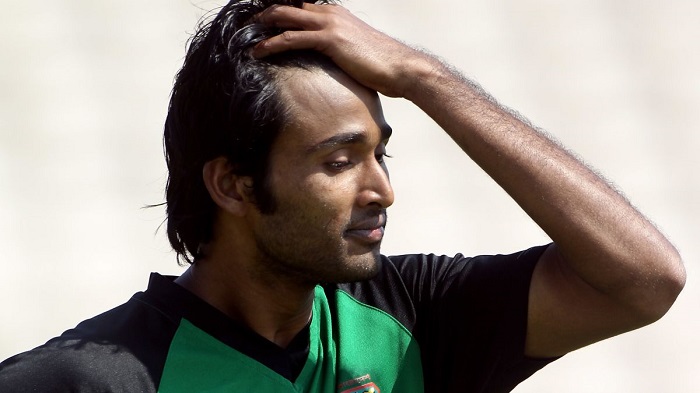 The Bangladesh Cricket Board took immediate action against Shahadat Hossain, the former Test pacer, banning him from the ongoing National Cricket League for physically assaulting Arafat Sunny during the second day's play between Dhaka Division and Khulna Divison at the Sheikh Abu Naser Stadium in Khulna.

Arafat had reportedly said that Shahadat was not competent to shine one side of the ball, which angered the paceman enough to launch an attack on Sunny before players came to the rescue. It is understood that Shahadat Hossain now faces a one-year ban for his antics.

A BCB tournament committee official told media that Shahadat had been brought back from Khulna after he accepted the verdict that is considered a Level 4 offense in the BCB's code of conduct. "Under the level four offenses a player will be banned from participating in any BCB competition for one year while he will be slapped with a fine of Tk 50,000,'' said the official on Monday.

"Shahadat accepted the verdict and returned back home. We have given the report of the match referee to the technical committee and they will decide his future but he has been barred of taking part in this NCL game," he added.

"This is a big offense because it is not something like a bad gesture or an abuse. He kicked his teammates. Now it has been sent to BCB. The board will decide whether to punish him after the evidence and verification of the incident," he said.

"I am not playing in the ongoing NCL match as I am suspended and I am not sure what will happen in future," said Shahadat told media. "It is true that I lost my temper but he also misbehaved with me as he refused to shine the ball and when I asked why he answered in a tone that was degrading and difficult for me to digest," he concluded.