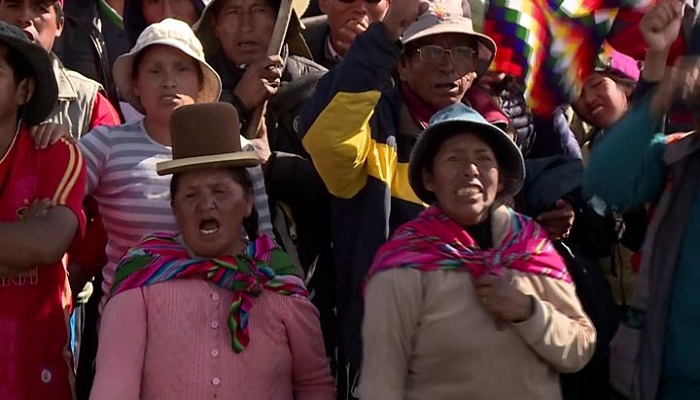 At least 23 people have been confirmed dead in ongoing political unrest in Bolivia, reports BBC.

Bolivian officials have flown basic provisions into the capital, La Paz, amid reports of food and fuel shortages.

The system, which officials want to roll out elsewhere, is a move to bypass road blockades erected by supporters of former President Evo Morales.

Mr Morales resigned on 10 November and later fled to Mexico after facing claims of electoral fraud.

Interim President Jeanine Áñez, who is herself facing calls to resign, said on Sunday that she would call new "transparent" elections soon to help re-establish the country's "democratic credibility".

The former deputy speaker of the Senate, who is a fierce critic of Mr Morales, declared herself interim leader on Tuesday after the president left the country.

Her predecessor faced protests over accusations he rigged a vote on October 20 to win re-election.